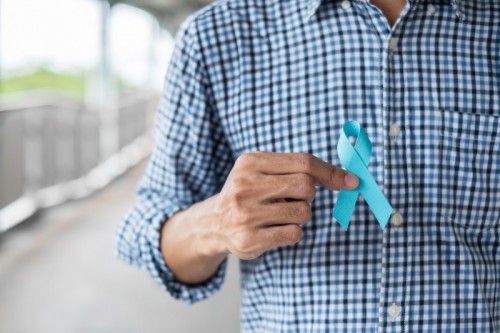 Investigators from Cedars-Sinai Cancer have identified an investigational therapeutic approach that could be effective against treatment-resistant prostate cancer. Results of their Phase II clinical trial, published in the peer-reviewed journal Molecular Therapy, have led to a larger, multicenter trial that will soon be underway.

Cancer of the prostate, a small gland just below the bladder, is the second-leading cause of cancer-related death in men. Many prostate tumors are not aggressive and may require no or minimal treatment. Aggressive tumors are initially treated with surgery or radiation therapy. 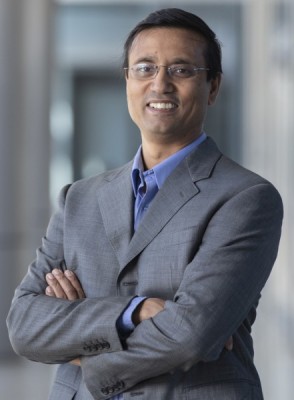 In about one-third of patients, the cancer comes back after initial treatment, said Neil Bhowmick, PhD, research scientist at Cedars-Sinai Cancer, professor of Medicine and Biomedical Sciences and senior author of the study. Those patients are usually treated with medications that suppress the actions of testosterone and other androgens—male hormones that help prostate tumors grow.

“Patients do really well until the tumor figures a way around the androgen-suppressing therapy,” Bhowmick said. “One way that it can do this is to cause cells to make only part of the protein that the drug binds to, rendering the drug useless. The partial proteins are called splice variants.”

Through research with human cells and laboratory mice, study first author Bethany Smith, PhD, a project scientist in the Bhowmick Lab, figured out that the cancer cells were signaling to the surrounding supportive cells through a protein called CD105 to make these slice variant proteins. Investigators then conducted a trial in human patients to test a drug that they hoped would keep those partial proteins from forming by inhibiting CD105.

In the trial, nine patients whose tumors were resistant to androgen-blocking therapy continued that therapy but were also given a CD105 inhibitor called carotuximab. Forty percent of those patients experienced progression-free survival, based on radiographic imaging.

“Every single one of the patients in our trial was totally resistant to at least one androgen suppressor, and the normal course of action would be to simply try a different one or chemotherapy, which research has shown generally doesn’t stop tumor growth for more than about three months,” Bhowmick said. “Carotuximab prevented the cancer’s workaround and made the tumor sensitive to androgen-suppressing therapy.” 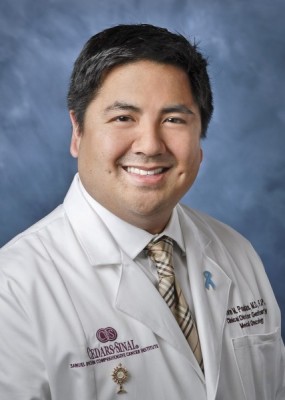 “We found that this therapy may be able to, especially in early cancers, resensitize select patients to androgen suppression. This could allow patients to avoid or delay more toxic interventions such as cytotoxic chemotherapy,” said Edwin Posadas, MD, co-director of the Experimental Therapeutics Program, medical director of the Urologic Oncology Program/Center for Uro-Oncology Research Excellence (CURE), associate professor of Medicine at Cedars-Sinai and a co-author of the study. “We also hope to find ways of predicting which patients are most likely to benefit from this approach by testing blood and tissue samples using next-generation technologies housed at Cedars-Sinai Cancer.”

Study co-author Sungyong You, PhD, director of the Urologic Oncology Bioinformatics Group, pinpointed three biomarkers that could help indicate which patients will respond to this investigational therapy, and the team will validate those markers in a new clinical trial. This will allow future studies to target patients most likely to be helped by this intervention, Bhowmick said.

Read more on the Cedars-Sinai Blog: Who Should Get a Prostate Cancer Screening and When?