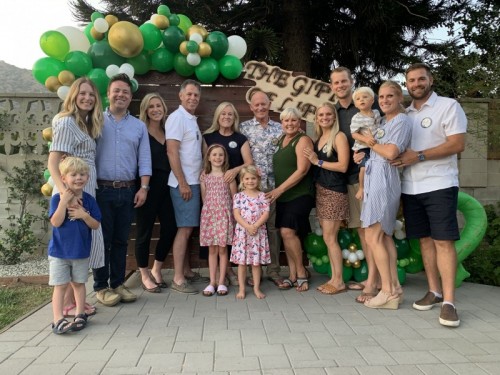 This Donate Life Month, the Nettleton and Conklin families are celebrating nearly 16 years of being family.

The families are joined together not by blood or marriage but by a unique gift: a kidney, donated by Barbara “Babs” Conklin, a first grade schoolteacher, to John Nettleton, a business owner, in 2006. At the time, the two were almost strangers.

“Our daughters were on a traveling soccer team together in junior high and that’s when we first probably met each other–just at games,” Conklin said.

When she found out through a mutual friend that a fellow soccer parent needed a kidney, Conklin immediately approached him on the soccer field.

Conklin said her strong sense of faith compelled her to make the generous offer. As for John–he refers to 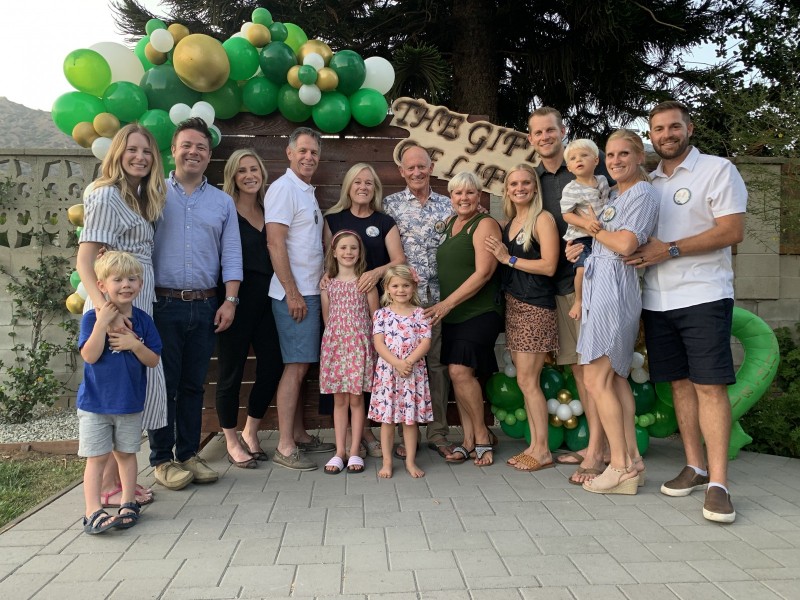 Babs as his “angel.”

“My angel approached me on the soccer field and asked how she could help me,” he said.

John Nettleton had been living with polycystic kidney disease–a hereditary condition in which the kidneys develop fluid-filled cysts, which, in turn, harm the organs’ ability to function properly.

“In general, these patients do progress to end stage renal disease due to their kidneys being taken over by numerous cysts,” said Irene Kim, MD, director of the Cedars-Sinai Comprehensive Transplant Center.

Nettleton had been on dialysis treatments for more than a year before Conklin heard of his need and offered her kidney. The nine-hour daily dialysis treatments had taken him away from doing the things he loved, like watching his daughters excel in athletics.

“My younger daughter, she was in cheer squad at the basketball games. My halftime was leaving and going home. But you just do what you have to do, and you get used to it. It becomes a part of your life .”

“I was OK with  that,” he said. “I knew that one way or the other, I was going to get a kidney somewhere down the road.”

After nearly a year and a half of treatments and rigorous testing to make sure Nettleton’s body would accept Conklin’s kidney, the transplant finally took place in June 2006. It was one of about 5,000 living donor kidney transplants performed in the U.S. each year.

In the years since, the families have bonded, joining each other on vacations, at backyard barbecues and for Dodgers games.

Nettleton said he’s thankful every day for the gift he received 16 years ago.

“Both of my daughters have been married, and I was able to walk them down the aisle in their  weddings,” Nettleton said.

But to hear Conklin tell it, she’s the one who received the gift all those years ago.

“Except for my recuperation, I have not missed a beat in my life, not having a second kidney,” Conklin said.

Plus, she said, her donation strengthened her faith and brought her family closer.

“The other thing is, I’m a mother of three kids. It was great for my children to see us go through the whole journey–to see the effect it had on John. I really feel that that was a gift for me,” she said.