It Isn’t the Picky Eaters that Drive Soil Microbial Metabolism 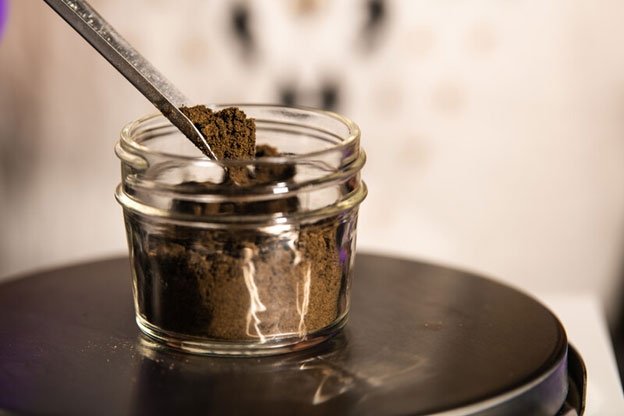 Interactions among microorganisms in soil lead to the release of nutrients derived from complex organic matter in that soil. This community metabolism creates food for both microbes and plants. However, scientists don’t fully understand the specific nature of many of these interactions. For example, scientists want to know why some microbes are more successful than others and what roles individual members play in their communities. To find out, researchers studied a model microbial community fed with a complex source of carbon and nitrogen commonly found in soils, chitin. They found that certain microbes drive specific steps of the chitin breakdown process, but the most abundant microbes are not necessarily the most important. Microbes that are able to break down the available food, chitin, are critical for the community’s success but do not necessarily grow the fastest. Instead, species with the ability to use a wide range of food sources grow to be the most abundant. This is because microbes that cannot break down the main food source of chitin feed on different nutrients produced by other members of the microbial community. The researchers also found that although certain microbes drive specific steps of the chitin breakdown process, individual microbes can change their behavior when grown alone or in the community.

Soil microorganisms promote plant growth by breaking down carbon and nutrients. This new finding—that microbes are able to use a wide range of carbon sources become more abundant—will help researchers predict how soil communities adapt to different conditions. Specifically, it will help researchers understand how microbial interactions and activity may respond as the nutrient sources available in soil shift in response to environmental changes. This will help experts better manage soils to favor organisms and nutrient sources that best promote soil fertility through nutrient and carbon cycling and storage. These findings will also help scientists understand how different microbial species interact in the processes that drive carbon and nitrogen cycling in soil.

The model microbial community used in this study included eight soil bacteria—some chitin degraders and some non-degraders. The researchers observed that the species organized into distinct roles when it was time to break down the chitin. Intriguingly, the most abundant members of the model community were not those that were able to break down chitin itself, but rather those that were able to take full advantage of interactions with other community members to grow using chitin breakdown products. The study answered important questions about how complex carbon and nutrient sources are metabolized by interacting microorganisms to support plant and microbial growth in soil ecosystems.

This research was supported by the Department of Energy’s (DOE) Biological and Environmental Research program and is a contribution of the Scientific Focus Area “Phenotypic response of the soil microbiome to environmental perturbations.” A portion of this work was performed at the Environmental Molecular Sciences Laboratory, a DOE Office of Science user facility at Pacific Northwest National Laboratory.