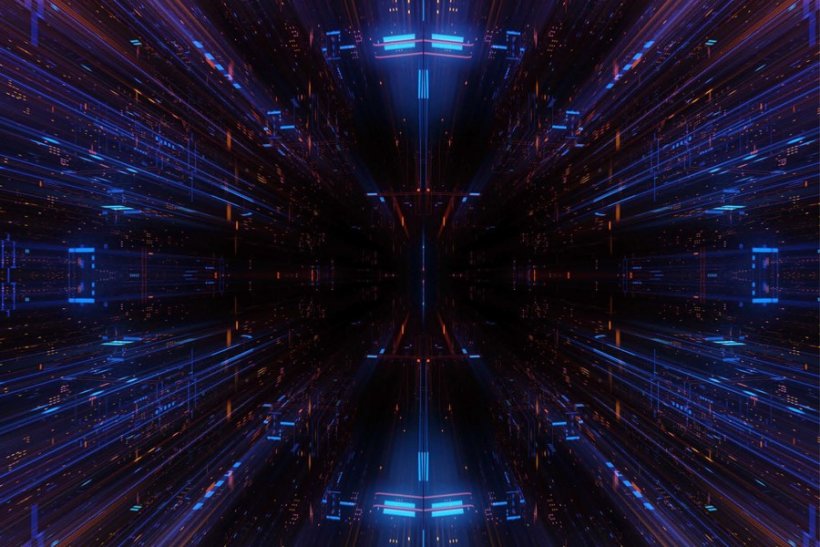 Quantum information science (QIS) is an emerging field of discovery and technology that offers tremendous potential—from quantum computers with powerful new capabilities to networks of ultrasensitive quantum sensors. QIS is on the mind of many scientists, engineers, and tech entrepreneurs.

Under the aegis of the National Quantum Initiative Act of 2018, the U.S. Department of Energy (DOE) is one of the key federal agencies responsible for U.S. quantum research and development (R&D). Since the launch of this act, the U.S. government has invested over $2.5 billion in QIS R&D.

Quantum technologies have the potential to transform our everyday lives. To fully meet that exciting potential, however, many fundamental science problems must be addressed. That’s where the DOE Office of Science comes in. Our QIS initiative contributes to the national strategy with “science first.” We support fundamental research to enable QIS discoveries and plan for ways to use QIS to accelerate scientific research. We are one of the world’s leading supporters of research in the quantum field.

Quantum particles and systems follow different rules than classical ones. Scientists have known for some time that the predictable, classical physics we see in action at the visible scale breaks down at subatomic scales. That’s where quantum physics takes over and the rules change.

One quantum rule is superposition. Particles in superpositions exist in a combination of possible positions, speeds, or other properties until they are disrupted by being measured. Particles can also entangle at the quantum scale. Entanglement is when the behavior of one particle or system is intertwined with a counterpart, even across great distances.

Now, scientists are using this quantum rulebook to boost technology in the twenty-first century. Using QIS discoveries, they aim to transfer, compute, and detect vast quantities of information generated by modern scientific research.

A major DOE investment in QIS is the National QIS Research Centers. These centers aim to accelerate the transformational advances in fundamental science and quantum-based technology needed to develop world-leading QIS capabilities. The centers are led by five of the DOE national laboratories—Argonne, Brookhaven, Lawrence Berkeley, and Oak Ridge National Laboratories and Fermi National Accelerator Laboratory. They combine the expertise and resources of more than 70 academic, industry, and lab partners from 23 states, the District of Columbia, Canada, and Italy.

Researchers not only study how to build quantum computers but how they might break. Quantum computers are notoriously sensitive to their environments. To stabilize quantum bits (qubits), quantum chips are kept at extremely cold temperatures. A team of scientists including DOE-funded researchers found that even the invisible cosmic rays that shower Earth from outer space can disrupt an entire quantum computing system.

One goal of the National QIS Research Centers is moving early-stage quantum discoveries and technologies from research toward devices and applications. Before we can build new technologies, we must fabricate their unique components. Quantum foundries like those at Argonne and SLAC National Accelerator Laboratory will customize and produce quantum materials and devices. These foundries are the first step to manufacturing scalable quantum systems.

Scientists are also thinking about the advantages of linking quantum devices on a quantum network. Researchers at Argonne National Laboratory, located in the Chicago suburbs, and the University of Chicago entangled photons across a 52-mile ​“quantum loop.” This is one of the nation’s longest land-based quantum networks. They are now expanding the network to 80 miles.

The quantum transformation is only beginning. Innovations enabled by DOE will impact our nation’s energy, economy, and security. The fundamental research happening now within the Office of Science is critical to successfully competing in the quantum-based technologies of the future.

The Office of Science is the single largest supporter of basic research in the physical sciences in the United States and is working to address some of the most pressing challenges of our time. For more information, please visit the Office of Science website.