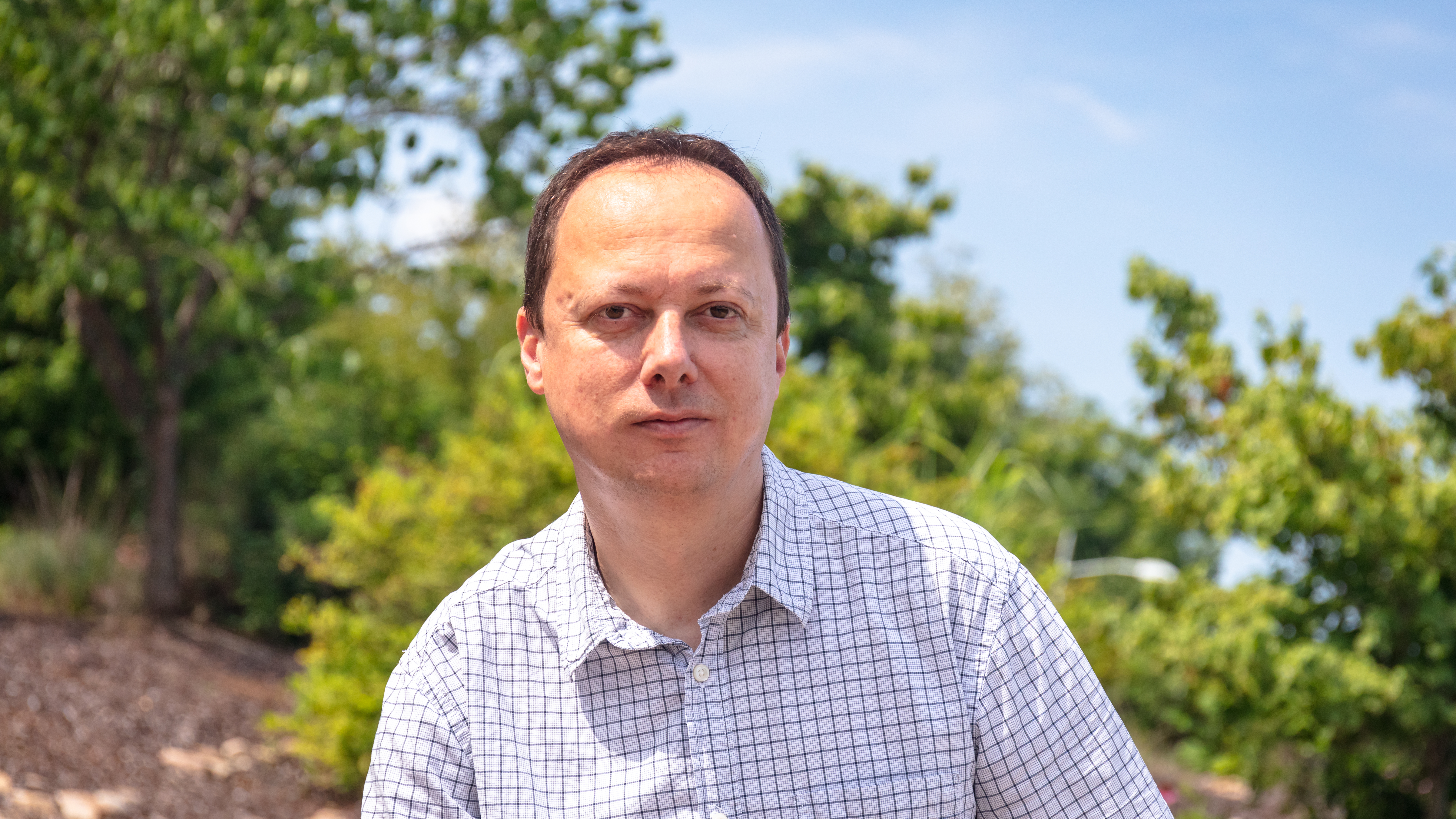 Radu Custelcean, an organic chemist at the Department of Energy’s Oak Ridge National Laboratory, is working with colleagues to develop an energy-efficient and sustainable method for scrubbing carbon dioxide directly from the air so that it can be stored underground or converted into useful products such as ethanol, which can be used to make products ranging from fuel to hand sanitizer. The technology won an R&D 100 Award and is currently being licensed to private companies including Holocene and Reactwell.

What climate-related problem are you working on?

Our team is working on approaches to removing carbon dioxide directly from the atmosphere — known as direct air capture — using novel bis-imino-guanidine materials, or “BIGs.” The research spans the full spectrum from basic science that advances understanding of materials and answers fundamental questions about how they work and how we can make them more efficient, to applying those discoveries to develop and scale up direct air capture technologies in collaboration with industry.

Why does the research matter?

Tackling the global carbon footprint will require many different mitigation strategies. Many technologies are focused on reducing fossil fuel consumption and lowering emissions at their sources, but we will also need to recapture gigatons of carbon dioxide already present in the atmosphere. Direct air capture is a way of addressing this challenge, but it has been difficult to develop at a large enough scale to make an impact on climate. As a chemical separations problem, it differs from point-source capture that removes carbon dioxide from concentrated exhaust streams, such as power plant emissions. Carbon dioxide is much more dilute in the air, so the material needs to grab a few molecules dispersed in a sea of mostly other components and do that quickly and efficiently. Related challenges are to develop energy-efficient methods for releasing the carbon dioxide for use or storage, and for recycling and reusing the carbon capture material.

Our research addresses these challenges by focusing on designing new materials and understanding the factors that determine their efficiency at capturing and releasing carbon dioxide. Billions of tons of carbon dioxide are being added to the atmosphere each year, with a large portion coming from dispersed sources such as automobiles, airplanes, and households. These emissions are hard to capture at the source and end up in the atmosphere. Direct air capture technologies are needed to capture these as well as legacy emissions.

What keeps you motivated?

The way this project has taken on a life of its own that goes far beyond what we initially imagined has been incredibly rewarding. The more people that become involved, the more momentum it builds. I have focused on the science of developing and optimizing materials for carbon capture, but you need a lot of other people with different backgrounds to turn the work into a real-world technology. We work with engineers to design efficient equipment and with industry to scale up the process. Partners bring in new perspectives that grow the technology. It’s motivating when you have a community of people invested in deploying a project to make a real impact on global climate change.

What about the research keeps you up at night?

The bridge from basic to applied research is very exciting but can also be a source of anxiety. My interest started with fundamental questions about how and why a material behaves in some way and not an expectation for the knowledge to have an obvious outcome or to find myself developing a direct air capture technology. The more the research moves towards application, the less control I have over it. I think about how the chemistry will perform out in the world. Will it hold at different scales? What new problems will we need to solve? There is also the hope that the work will continue because a challenge as significant as climate change will take decades of sustained focus to address.

What would you tell a student interested in pursuing a career in climate science or a related field?

I would say to appreciate that we are in a moment — that happens maybe once in many generations — where we have an opportunity to address a major problem facing our society. Science, especially basic research, tends to move in slow steps, and we don’t always know how or if discoveries we make today will have an impact down the road. For climate science research, there is a real need and opportunity to advance solutions for a known challenge.

The other side of my advice would be to appreciate that you don’t always know where science will take you, and it is okay to be driven by your curiosity. Our discovery about BIGs that launched this journey to a real-world technology started as a lucky accident.