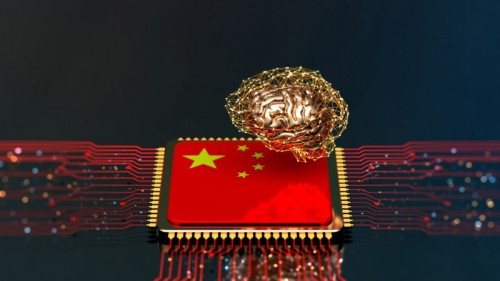 China now publishes more high-quality science than any other nation 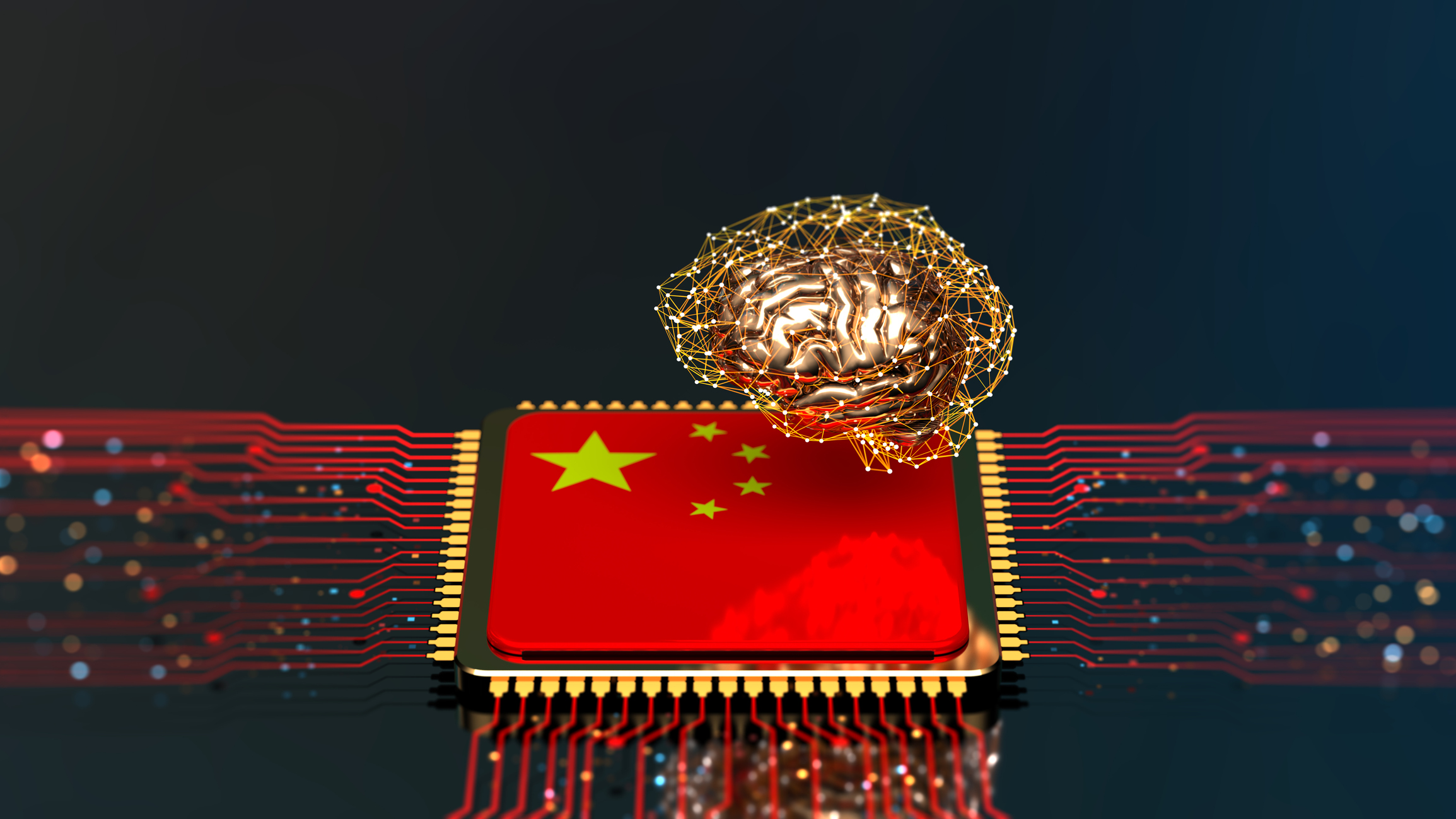 In 2022, Chinese researchers published more scientific papers on artificial intelligence than any other nation. Mf3D/E+ via Getty Images

By at least one measure, China now leads the world in producing high-quality science. My research shows that Chinese scholars now publish a larger fraction of the top 1% most cited scientific papers globally than scientists from any other country.

I am a policy expert and analyst who studies how governmental investment in science, technology and innovation improves social welfare. While a country’s scientific prowess is somewhat difficult to quantify, I’d argue that the amount of money spent on scientific research, the number of scholarly papers published and the quality of those papers are good stand-in measures.

China is not the only nation to drastically improve its science capacity in recent years, but China’s rise has been particularly dramatic. This has left U.S. policy experts and government officials worried about how China’s scientific supremacy will shift the global balance of power. China’s recent ascendancy results from years of governmental policy aiming to be tops in science and technology. The country has taken explicit steps to get where it is today, and the U.S. now has a choice to make about how to respond to a scientifically competitive China.

In 1977, Chinese leader Deng Xiaoping introduced the Four Modernizations, one of which was strengthening China’s science sector and technological progress. As recently as 2000, the U.S. produced many times the number of scientific papers as China annually. However, over the past three decades or so, China has invested funds to grow domestic research capabilities, to send students and researchers abroad to study, and to encourage Chinese businesses to shift to manufacturing high-tech products.

Since 2000, China has sent an estimated 5.2 million students and scholars to study abroad. The majority of them studied science or engineering. Many of these students remained where they studied, but an increasing number return to China to work in well-resourced laboratories and high-tech companies.

Thanks to all this investment and a growing, capable workforce, China’s scientific output – as measured by the number of total published papers – has increased steadily over the years. In 2017, Chinese scholars published more scientific papers than U.S. researchers for the first time.

Quantity does not necessarily mean quality though. For many years, researchers in the West wrote off Chinese research as low quality and often as simply imitating research from the U.S. and Europe. During the 2000s and 2010s, much of the work coming from China did not receive significant attention from the global scientific community.

But as China has continued to invest in science, I began to wonder whether the explosion in the quantity of research was accompanied by improving quality.

To quantify China’s scientific strength, my colleagues and I looked at citations. A citation is when an academic paper is referenced – or cited – by another paper. We considered that the more times a paper has been cited, the higher quality and more influential the work. Given that logic, the top 1% most cited papers should represent the upper echelon of high-quality science.

My colleagues and I counted how many papers published by a country were in the top 1% of science as measured by the number of citations in various disciplines. Going year by year from 2015 to 2019, we then compared different countries. We were surprised to find that in 2019, Chinese authors published a greater percentage of the most influential papers, with China claiming 8,422 articles in the top category, while the U.S had 7,959 and the European Union had 6,074. In just one recent example, we found that in 2022, Chinese researchers published three times as many papers on artificial intelligence as U.S. researchers; in the top 1% most cited AI research, Chinese papers outnumbered U.S. papers by a 2-to-1 ratio. Similar patterns can be seen with China leading in the top 1% most cited papers in nanoscience, chemistry and transportation.

Our research also found that Chinese research was surprisingly novel and creative – and not simply copying western researchers. To measure this, we looked at the mix of disciplines referenced in scientific papers. The more diverse and varied the referenced research was in a single paper, the more interdisciplinary and novel we considered the work. We found Chinese research to be as innovative as other top performing countries.

Taken together, these measures suggest that China is now no longer an imitator nor producer of only low-quality science. China is now a scientific power on par with the U.S. and Europe, both in quantity and in quality. 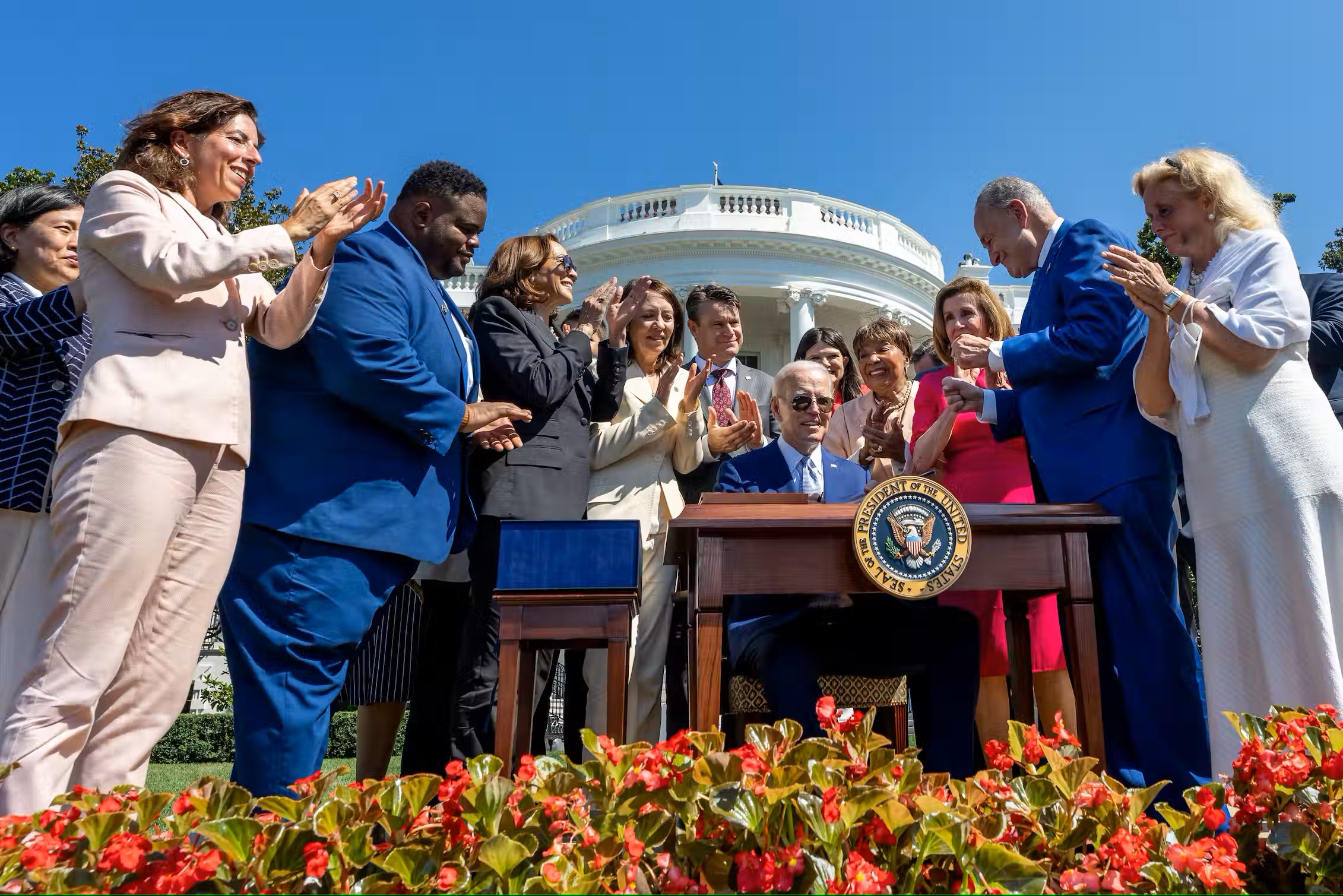 On August 9, 2022, President Joe Biden signed the CHIPS and Science Act into law to support the growth of U.S. research and technology firms as a way to counter China’s scientific growth. The White House/Flickr

Scientific capability is intricately tied to both military and economic power. Because of this relationship, many in the U.S. – from politicians to policy experts – have expressed concern that China’s scientific rise is a threat to the U.S., and the government has taken steps to slow China’s growth. The recent Chips and Science Act of 2022 explicitly limits cooperation with China in some areas of research and manufacturing. In October 2022, the Biden administration put restrictions in place to limit China’s access to key technologies with military applications.

A number of scholars, including me, see these fears and policy responses as rooted in a nationalistic view that doesn’t wholly map onto the global endeavor of science.

Academic research in the modern world is in large part driven by the exchange of ideas and information. The results are published in publicly available journals that anyone can read. Science is also becoming ever more international and collaborative, with researchers around the world depending on each other to push their fields forward. Recent collaborative research on cancer, COVID-19 and agriculture are just a few of many examples. My own work has also shown that when researchers from China and the U.S. collaborate, they produce higher quality science than either one alone.

China has joined the ranks of top scientific and technological nations, and some of the concerns over shifts of power are reasonable in my view. But the U.S. can also benefit from China’s scientific rise. With many global issues facing the planet – like climate change, to name just one – there may be wisdom in looking at this new situation as not only a threat, but also an opportunity.