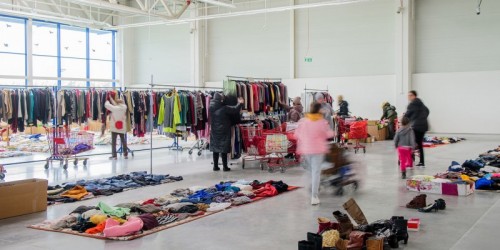 When it came to choosing a location for her Fulbright experience, Jasmine Stork admits that part of what drew her to Poland is how little she knew about the area.

“Part of it was getting to see a part of the world that isn’t familiar to me,” she said. “We don’t learn much about central and eastern Europe after World War II.” 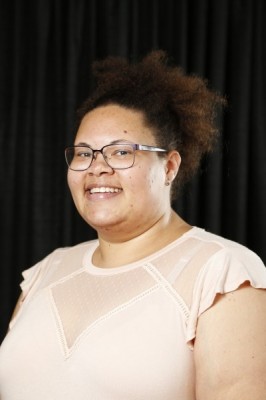 Jasmine was awarded an English Teaching Assistant Fulbright at the University of Opole, which is in southwest Poland. She arrived in the country last October and was struck by how entwined Poland is with Ukraine.

“Ukrainians in Poland are a fact of life. There were about 2 million Ukrainians here, before the war. They’ve been here for years,” she said. “Before the war, I was meeting people, learning about Ukraine. I didn’t know anything about this part of the world, so I’m learning about all of these connections.”

Opole, where Jasmine lives, lies on a major train route that runs east to west across the country. When the Russian invasion of Ukraine began in February, Jasmine saw refugees on trains in her community within days.

The citizens of Opole mobilized just as quickly, she said, opening a refugee center for the incoming Ukrainians. A pleasant surprise occurred when the refugee center was no longer needed after the many refugees were able to find housing with friends and family or in the dorms at the university.

“The refugee center has been converted,” Jasmine said. “It’s mostly a distribution center instead of emergency housing, which is really exciting. We haven’t had anyone who has had to stay in the refugee center, which is huge, considering how many people have entered Poland at this point.”

To support work at the distribution center, Jasmine volunteered to buy groceries. There was one small problem, however: She does not have a car. So, she turned to social media to find a ride.

“I rely heavily on Facebook translation,” Jasmine said. “Because I’m an American, everyone who has responded sees this as a chance to practice their English.”

There are no small jobs in this unified effort, Jasmine said: “You have to help and driving someone else so they can help, too, that’s amazing.”

In fact, the relief effort in Opole has been community-driven.

“This is entirely people choosing to help,” she said. “The distribution center is a big portion of a shopping center. The store moved out before the pandemic and the people who are responsible for it volunteered the space. Everyone is a volunteer.”

Contributing to these community efforts has been eye-opening for Jasmine – not just because of the volume of need, with the distribution center seeing 200-400 families a day, but because it forced her to rethink how she views donations.

Americans, Jasmine said, are often preoccupied with finding the right organization to support. Concerns like these are much less common abroad, she believes.

“It’s a different way of thinking and it was a tough shift for me, but this is clearly the way most people think here,” she said. “Give money if you have it. People will make it work the way it needs to work. It’s a level of trust that we just don’t have in the U.S.

“I had to do a lot of shifting from the American mindset of ‘where does the money go?’ ‘How is it being used?’” she added. “You have to make the switch and say, ‘it doesn’t matter.’ If it’s going to someone in Ukraine, it will do good.”