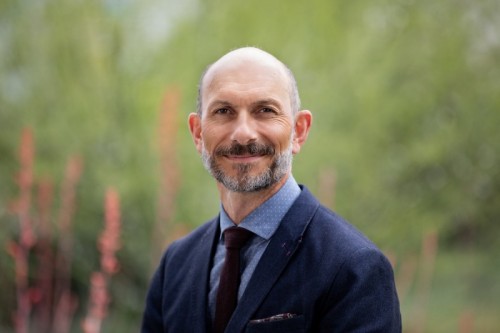 “In this role, Patrick will partner with academic units to advance the career success of Ohio State’s more than 7,500 faculty members and serve as a strategic adviser to me,” Gilliam said. “Patrick will oversee the Drake Institute for Teaching and Learning, the RAISE Initiative, the Provost’s Early Career Scholar’s Program, and the Office of Relocation and Dual Careers. The senior vice provost will set a bold vision and lead a transformational plan to support faculty from pre-recruitment to retirement.”

Louchouarn is currently interim vice provost for faculty affairs and interdisciplinary initiatives at Texas A&M University, where he has served since 2021. He has supported faculty recruitment and development and worked to build active relations across academic units.

Louchouarn led several offices and initiatives at Texas A&M, including the Office of International Programs, Center for Teaching Excellence, and Academic Innovation, and he coordinated the award and grant programs that allowed for the recruitment and retention of distinguished leaders in multiple disciplines at Texas A&M.

“Prior to his work at Texas A&M in College Station, Patrick was the chief academic officer at the university’s branch campus at Galveston, where he worked to promote the success of all faculty, particularly those from groups underrepresented in the academy,” Gilliam said. “He developed a faculty reinvestment program that focused on strategic hiring clusters in support of specific academic programs, which led to an increase in faculty from underrepresented groups. Patrick also addressed gender-based salary inequities and nearly eliminated these inequities on the Galveston campus, moving it toward salary parity with the main Texas A&M campus.”

Louchouarn remains active in research and has an impressive publication and graduate student mentoring record. In 2020 he was named a Regents Professor by the Texas A&M University System Board of Regents.

Louchouarn received his bachelor’s degree from McGill University, and his master’s degree and PhD from the University of Québec in Montréal.