Beyond these raw numbers, the connection between narcissism and war length held up even when taking into account a variety of other factors that could influence how long a war lasts, said study author John P. Harden, who did this work as a doctoral student in political science at The Ohio State University. 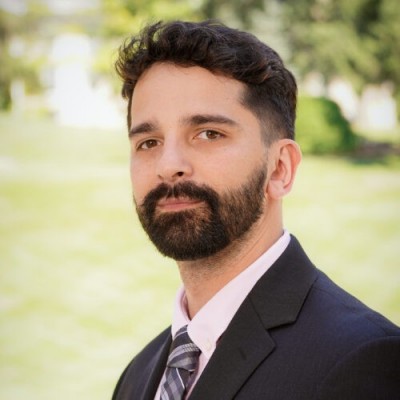 The results suggest not all U.S presidents sacrifice their self-image for the good of the country, said Harden, who joined Ripon College this month as an assistant professor of political science.

“More narcissistic presidents tend to only exit wars if they can say they won, and they will extend wars to find a way to declare some kind of victory,” he said.

“They want to look heroic and strong and competent – even if it means fighting the war beyond what is reasonable.”

The study was published recently in the Journal of Conflict Resolution.

This research builds on an earlier study by Harden that found that the most narcissistic presidents preferred to instigate conflicts with other great power countries without seeking support from allies.

Harden studied presidents from 1897 – roughly the time the United States became a great power in the world – through George W. Bush in 2009.

In order to measure presidential narcissism, Harden used a dataset from 2000 created by three researchers to assess the personalities of presidents.

These researchers tapped the knowledge of presidential historians and other experts who had written at least one book on a president. Each expert completed a personality inventory with more than 200 questions about the president they studied.

Using the personality test results for the 19 presidents from 1897 to 2008, Harden analyzed five facets of the test that relate with a common measure of grandiose narcissism: high levels of assertiveness and excitement-seeking and low levels of modesty, compliance and straightforwardness.

Based on these results, Lyndon Johnson was the president who scored highest on narcissism, followed by Teddy Roosevelt and then Richard Nixon.

The president who scored lowest on narcissism was William McKinley, followed by William Howard Taft and Calvin Coolidge.

This new study used the Correlates of War database, which defines war as sustained combat between two countries where there are at least 1,000 battle deaths within a one-year period. With this definition, the United States was involved in 11 wars during the period studied.

Results showed that presidents who scored low on narcissism, such as McKinley and Dwight Eisenhower, “separated their personal interests from state interests, saw war as a last resort and pursued speedy exits,” Harden said.

Meanwhile, Franklin Roosevelt and Nixon, who scored high on narcissism, “had difficulty separating their own needs from state interests” and were involved in lengthy wars, he said.

Of course, many factors determine if the United States goes to war and how long wars last, Harden said. But this study showed presidential narcissism is one key factor – one that has been overlooked in previous studies.

In one analysis, Harden examined how narcissism fit into a model of U.S. war duration based on variables that other studies have shown can lengthen wars. For example, research shows that the terrain a war is fought on can predict how long wars last, as well as whether presidents start or inherit the war, and the balance of power between the combatants.

Using this model, Harden found that the narcissism of presidents still can lengthen wars, even after these other factors are taken into account.

“What I found is that the traditional way political scientists have looked at war dynamics doesn’t capture the whole story,” he said.

“Presidents don’t always look rationally at the evidence to make their wartime decisions.  Many presidents have done that, but others are more interested in their own self-interest than the interest of the state.”

There are several evidence-based reasons why narcissistic presidents should experience longer wars, besides their focus on their own personal interests, Harden said.

One is that narcissists have grander war aims – they have higher expectations because of their aggressiveness and belief in their own abilities.

“They also adopt ineffective strategies because of their overconfidence about their own abilities and the conflicting goals that arise from trying to maintain their self-image,” he said.

Finally, narcissists, because of their need to protect their inflated self-image, make mistakes when stressed and resist updating their strategies despite their failures.

Harden said the study shows that presidents don’t always act rationally and in the best interests of the United States when it comes to making wartime decisions.

“Narcissistic presidents spend more time worrying about their image than other presidents,” he said.

“These motivations, especially their desire to protect their inflated self-image, cause them to drag out wars longer than needed.”