Researchers have pioneered the use of a tool that can track the loss of groundwater in California’s Central Valley by measuring how much the Earth is sinking.

Home to one of the largest groundwater basins in the western United States, the Central Valley supplies about one-fifth of the nation’s groundwater demand, a large part of which is used to provide crop irrigation and aid agricultural production.

The same area also accounts for about 75% of the region’s subsidence – the scientific term for the gradual sinking of an area of land. The leading cause of subsidence is the removal or disturbance of groundwater, which is found underground in soil and between rocks and sand.

Combined with California’s large population, long history of drought and tendency to be battered by nearly every form of climate change, massive groundwater pumping is aggravating water scarcity, said Xuechen Yang, lead author of the case study and a graduate student in earth sciences at The Ohio State University. 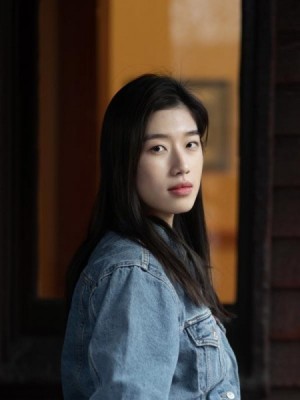 But it is not just California that has a growing issue with water scarcity.

“By 2025, more than 5 billion people around the world will live in water-stressed conditions,” said Yang. “Because land subsidence often makes human-made areas uninhabitable, those conditions can cause water and food insecurity issues.” These problems can lead to national security concerns, political instability, and even human migration disasters.

To help investigate solutions to these issues, Yang said that researchers are using satellite radar altimetry, which has a four-decades long record of observing the Earth, with creative new techniques to understand how Earth’s complex geophysical processes impact human life.

Satellite altimetry measures the time it takes a radar pulse to travel from the satellite to the Earth’s surface and back. Tiny changes in these measurements over time can indicate whether a specific point of land is rising or falling.

“Satellite radar altimetry is a mature technology and was designed to measure ocean topography and to monitor their changes over time,” said Yang. “Recent research demonstrated its feasibility in measuring elevation changes of relatively flat terrain, including land subsidence over aquifers, such as Central Valley, California, and other coastal regions.”

Data from radar altimetry satellite missions including European Space Agency's Envisat satellite, as well as NASA’s and the French Space Agency (CNES)’s Jason-2 and Jason-3 satellites were processed to create a subsidence time series, an data analysis that spanned a decade or longer. After validating the Cryosat-2 derived results, the researchers were able to successfully detect the largest subsidence bowl near the city of Corcoran, California, which sinks at about a rate of about 30 to 35 centimeters per year.

Yet to advance their work, Yang said more data and better processing methods are needed before their tool can detect smaller deformations in other parts of the state.

The research was presented last month at the annual meeting of the American Geophysical Union.

The study concluded that satellite altimetry could become an effective tool to monitor land subsidence. Additionally, because of its pinpoint accuracy and long data record, Yang said the research could be used to complement other geodetic techniques used to measure changes on the land.

“There is a very long history of drought in California, and the people who live there are struggling with it continuously,” said Yang. “Our work could be used to improve groundwater aquifer monitoring systems, and change hydrological policy for the better.”

Co-authors of the poster include C.K Shum of Ohio State, the principal investigator of the NASA Earth Surface Interior Program (ESI) project, and Ting-Yi Yang of Polaris Geospatial Services, who initiated the research project. The work was supported by the NASA ESI Program and the Topcon Positioning System Inc. Fellowship.