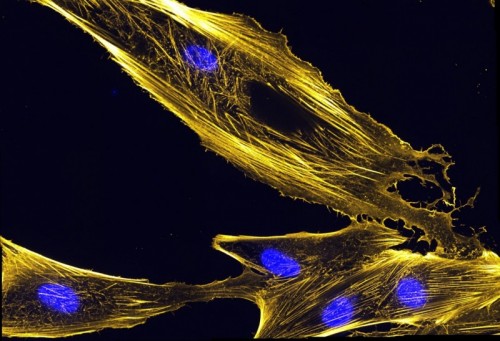 Without ‘work-life balance,’ this protein may promote disease

A family of proteins that have a role in ensuring many types of cells move and maintain their shape may promote disease when they act like workaholics and disrupt the cellular environment, new research suggests.

The study increases scientific understanding of plastins, whose job is to bind to and bundle other proteins that can be thought of as the bones and muscles of cells. Having a better handle on precisely what drives plastins’ activities could help explain this protein family’s links – sometimes beneficial, sometimes harmful – to diseases that include cancer, congenital osteoporosis and spinal muscular atrophy. 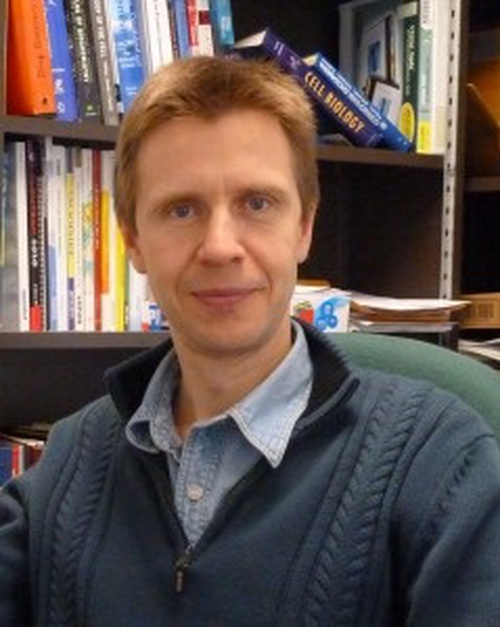 Researchers described their findings about plastin behavior in terms of work-life balance. The protein’s two main segments strongly bond to each other in their “at-home” mode, but can be forced to disengage from each other when their bundling responsibilities in the cellular “workplace” increase – such as when a cell starts to migrate. In the event of an unexpected change to their structure, the research showed, plastins keep doing aggressive bundling work – even though it’s not needed anymore.

The study suggested that at least one mistimed enzymatic activity could contribute to this problem, but more work is needed to fully understand the mechanisms behind the switch between the “workaholism” and “weekend” modes.

“We need to know this information so we can figure out how to regulate plastins,” said senior author Dmitri Kudryashov, associate professor of chemistry and biochemistry at The Ohio State University.

“Because plastins are involved in disease, we see the manifestation of that, but we don’t know how precisely mutations lead to disease. In cancer, or certain autoimmune reactions, knowing exactly what plastins do and how to control their activity could be highly beneficial. If we could manage to inhibit this protein in cancer, it’s likely the cells would become less invasive.”

The study is published online today (May 19, 2022) in the journal Nature Structural & Molecular Biology.

Plastins are highly conserved, meaning they’ve been present and had the same function in various organisms from yeast to humans. Crystal structures have been resolved for plastins in yeast and plants, but this study is among the first to characterize structures and functions of human plastins using a combination of cell biology, biochemistry and cryo-electron microscopy techniques.

There are three members of the family – plastin 1, 2 and 3 – and though they affect different cells in the body, their overall behavior is believed to be consistent.

Actins are abundant proteins involved in helping cells unite their contents, maintain their shape, divide and migrate. When actins are assembled in thread-like, or filament, form in a cell, they need to be clustered together to be more effective. Plastin is one protein that bundles actins.

Plastins are configured with two similar binding sites, each of which can bind to actin filaments. But these binding domains also have a strong affinity for each other, and when they’re tightly joined together, they can connect only weakly to actins. Connecting in this way is sufficient when a team of plastins are weakly bound at numerous locations along the filament, and also allows for plastin recycling between different cellular locations. In this mode, plastin can enjoy a work-life balance that favors “family” time. 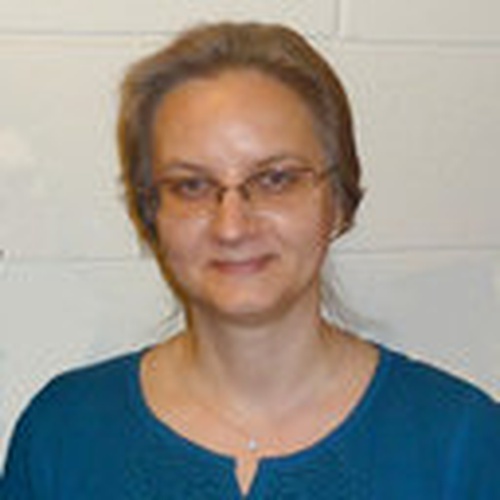 Under certain conditions, particularly when a cell starts to migrate, actins being pushed in the direction of cell movement are situated in a less organized way that requires a strong singular connection to plastin – meaning plastin’s binding domains have to disengage from each other to form that stronger bond to actins. Exactly what factors prompt this disengagement is not yet known.

“The same protein can transition from one mode to another depending on the needs of the cell,” Kudryashov said.

Eventually, actins that shift away from the cell’s leading edge no longer need a strong plastin bond, and plastin that has drifted toward the cell’s center returns to its self-engaged “weekend” formation and gets recycled back to the front of the line to bundle actins there.

The researchers introduced a mutation to plastin that mimics a molecular change that has been detected in cancer cells. This change prolonged plastin binding sites’ disengagement, and plastins didn’t get recycled – they just kept trying to bundle up actins that didn’t need to be bundled anymore. These findings suggest that plastin’s lack of response to what the cell needs could have undesirable downstream effects.

“This is why it’s important to be engaged in different modes – because the situation in the cell changes,” said study co-author Elena Kudryashova, a research scientist in chemistry and biochemistry at Ohio State.

These observations were made in plastin 2. Future work will focus on clarifying whether plastins 1 and 3 act the same way and determining whether and how plastin’s “co-workers” in cells get involved in regulating the protein’s functions.

This work was supported by the National Institute of General Medical Sciences and a Pelotonia Graduate Fellowship Award at The Ohio State University Comprehensive Cancer Center.

Co-authors include Christopher Schwebach and Richa Agrawal, formerly of Ohio State, and Weili Zheng and Edward Egelman of the University of Virginia.