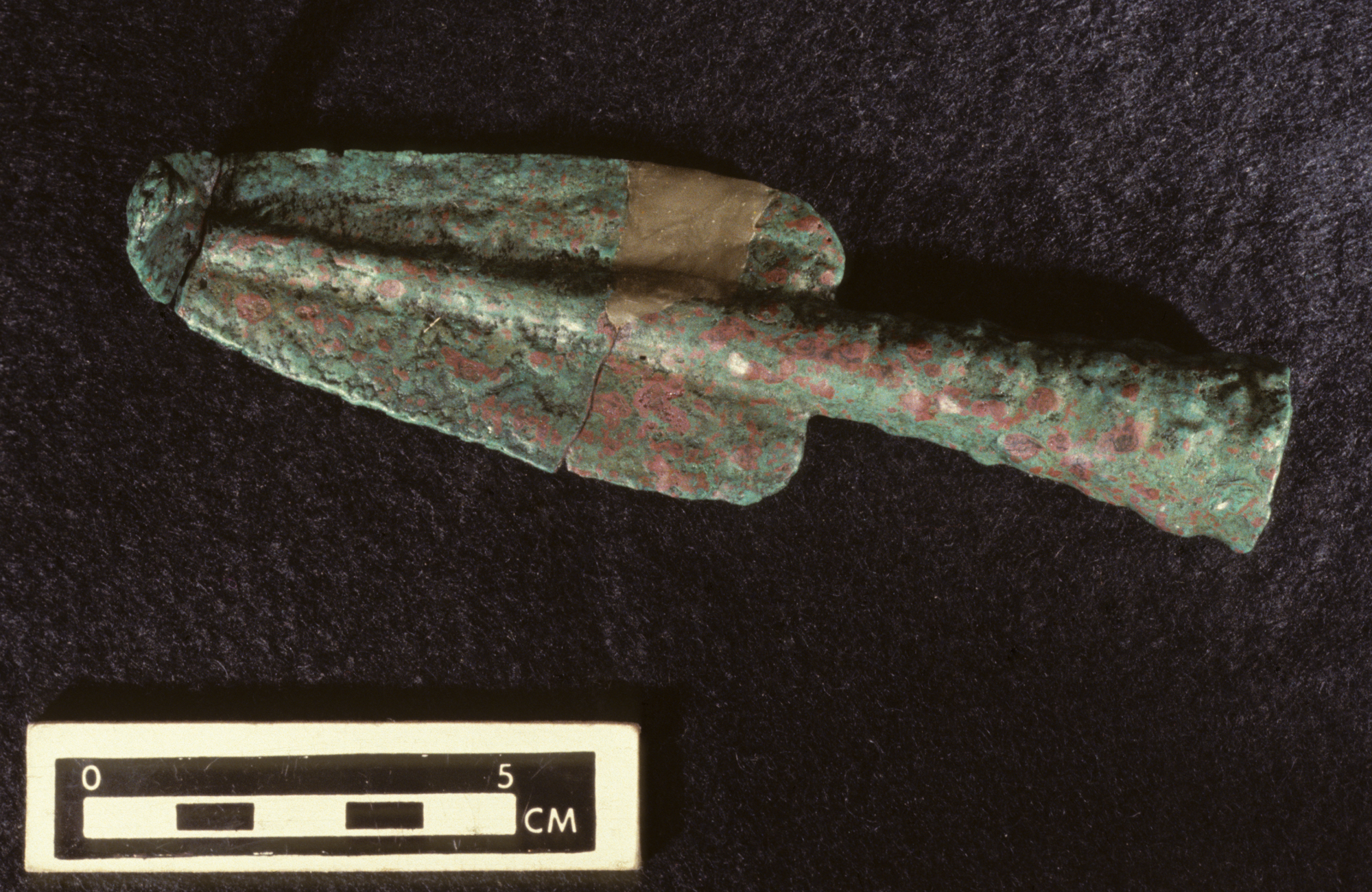 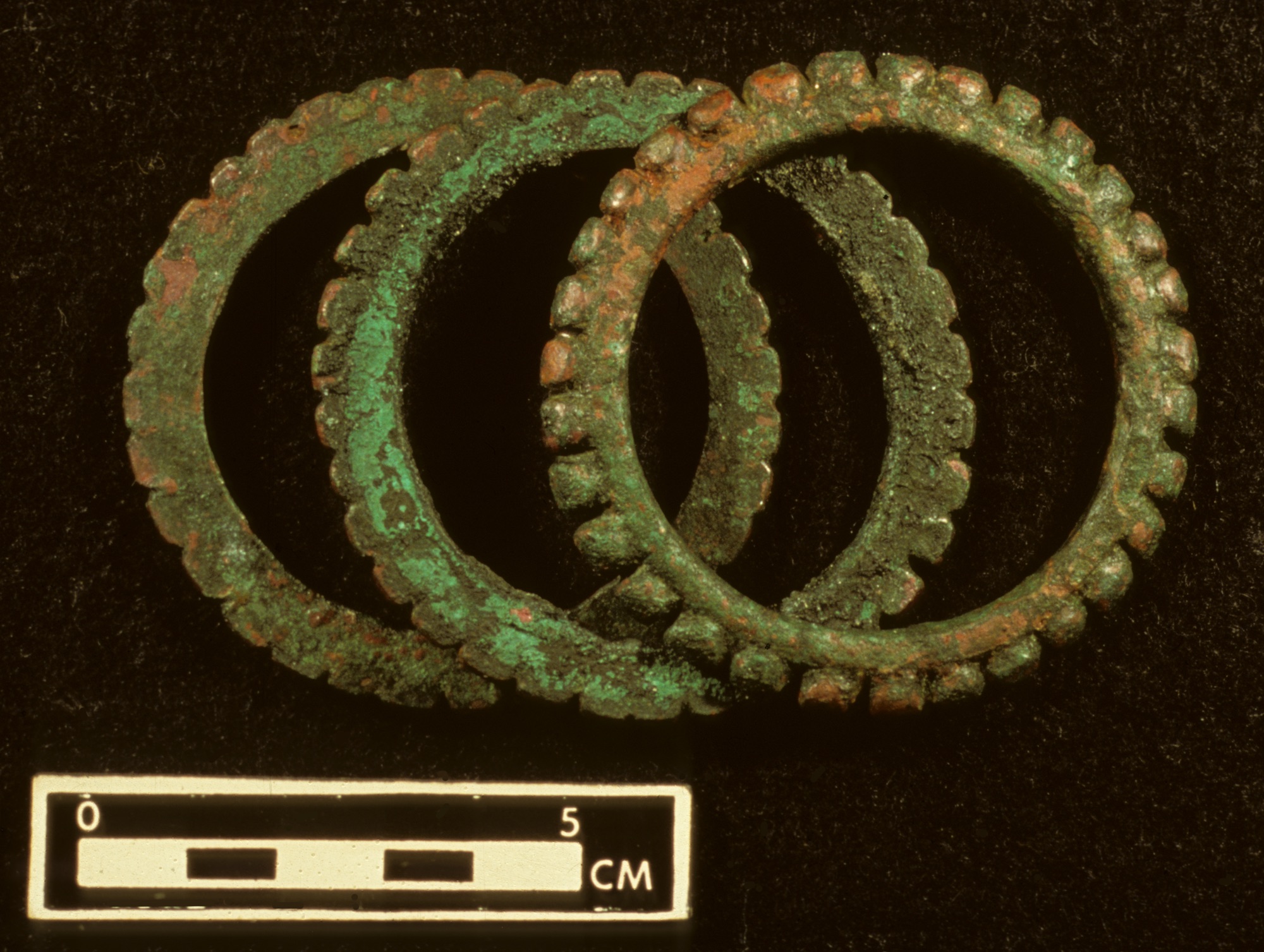 In archaeometallurgy, the study of ancient metal, archaeologists have historically taken a top-down approach, meaning that the jewelry, tools, weapons, and other artifacts they discover have come to signify a dominant ruling group that exerted overarching control over how to use such resources.

The Penn Museum’s Joyce White and Elizabeth Hamilton have a different idea.

In an open-access article in Archaeological Research in Asia, the researchers argue that in Southeast Asia, where they have conducted the bulk of their work, communities actually took a bottom-up approach, each deciding how to use these precious resources rather than being told what to do with them. The article highlights key findings from a four-volume monograph suite being published by Penn Press.

“A progressive view of human development originating in 19th-century perceptions of cultural evolution gets told over and over again. But it doesn’t work well when you look at areas in closer and finer detail,” says White, director of the Museum’s Ban Chiang Project and an adjunct professor in Penn’s Department of Anthropology. “We should be looking at cultural development in fine-grained ways analogous to genetics, natural selection, the nitty gritty mechanisms by which cultures evolved.”

Though this line of thinking isn’t entirely new, it’s never before been applied to Southeast Asia, Hamilton says. “Such a reconsideration has been taking place, for example, in European archaeology and other places,” she says. “But where we work, the old ways of thinking tend to dominate.”

Penn Today spoke to White and Hamilton about the paradigm shift in archaeology they hope to spark with this research, plus thoughts on where they see the field heading.

For Southeast Asia, to which specific metals are you referring?

Hamilton: Metals found in ancient Southeast Asia tend to be copper/bronze and iron. Bronze is an alloy of copper and tin. In much of the world, the appearance of bronze tends to roughly correlate with the rise of social hierarchy, partly, it’s assumed, because bronze is a beautiful, hard metal you can use for weapons or tools.

In most places, tin is relatively rare, so you usually must import it from a long way away. There’s this theory that elites, in the ancient Near East for example, were trying to control the tin trade because it’s a prestige good. But Southeast Asia is one of the few places where both copper and tin are readily available. No one needs to control it; no one can control it.

How did these metals reveal a bottom-up approach these communities were taking?

White: For metal to be produced, you must find the ores and then create the right physical conditions, which is a combination of atmosphere and temperature. In the case of bronze, you must do this with both tin and copper and then combine either the two ores in a furnace or the two metals in a crucible in certain proportions.

Hamilton: And then you need to cast and/or hammer the product.

White: The ability to produce metals was undoubtedly a significant technological development in human societies.

Hamilton: You can create a stone tool or a pot by yourself. But creating a metal tool, a metal artifact is a group endeavor and a complex one.

White: Complex and also requiring a great deal of knowledge, expertise, know-how. The big discomfort scholars from a European background have with metallurgy in Thailand is that all this complexity was done by non-urban, non-warring, non-hierarchical societies. Part of the point of our article is to offer a solid counternarrative to how this metal technology could be developed and exchanged not reliant on a top-down model but using an economic model that has been way underutilized in archaeology, one based on communities making decisions about how to participate in regional exchange systems.

Can you provide an example based on your findings?

White: In northern northeast Thailand, at Ban Chiang, bracelets were by far the most popular metal object made, and almost all of them were made of a tin-bronze alloy. If we go a few hundred kilometers south to another prehistoric site, bangles weren’t all that prominent. That community wasn’t so focused on jewelry. Instead, they had these odd-shaped adzes, which I haven’t seen from any other site, these little paddle shapes. At least two of them were made not of tin-bronze but of copper.

Looking at a small amount of evidence from lead isotopes, we can see that the northern site is getting its copper from Laos, and the southern site is getting its copper from central Thailand. To me, this is one of the coolest and most significant things we have found so far. In very early stages, villages are linking to different metal supply lines. They’re using locally specific technologies, and they’re making locally specific items. Production was not uniform.

Hamilton: There’s also evidence that a lot of these small villages were manufacturing their own metal artifacts. We’ve found crucibles in most villages, along with other evidence for casting final products including molds. They were not importing them from some big central emporium that was churning out metal and metal products.

How does this research turn previous thinking about metallurgy on its head?

Hamilton: Most laboratory work on ancient metals is still performed on a loose collection of metal artifacts that were commonly excavated from graves, so they’re well-preserved, or they happen to be what the excavator allows the analyst to sample. Those studies often don’t sample all artifact types, periods, and contexts. In other words, most previous technical studies cherry-picked their samples.

Through our work, which sampled from entire populations of excavated metal objects, we can get a picture of the full evidence for the place metals held in an ancient society. We can look at specific changes through time, in context, in artifact type. The vast majority of archaeometallurgical investigations cannot reliably perceive such fine-grained details. We were lucky, of course, that we had pretty well-preserved metal artifacts.

White: Beyond that, archaeologists of a traditional bent tend to have a particular thought structure called essentialism, which means that they do everything they can to come up with a coherent story according to a progressive view of social change. They keep looking for and exaggerate specific evidence to fit that progressive model. Southeast Asia is different. It offers an outstanding example of bottom-up social change, of community-level decision making. It’s a chance to study prehistoric societies in a more granular way, and it’s a fundamental shift for archaeologists. We’re still early on in trying to promote this different point of view and in using metals as a vehicle to gain this perspective.

What do you hope for the future of the field?

White: I really call on the next generation of up-and-coming Southeast Asian archaeologists to test, fill in, and develop the new paradigm further. I also think that as archaeologists, broadly, we can contribute to a larger discussion of how we all live in this world going forward, to have a more successful existence on this Earth, by studying ancient societies like those in prehistoric Thailand that were enduring, resilient, and peaceful.

Elizabeth Hamilton is a consulting scholar and research coordinator of the Ban Chiang Project at the Penn Museum.