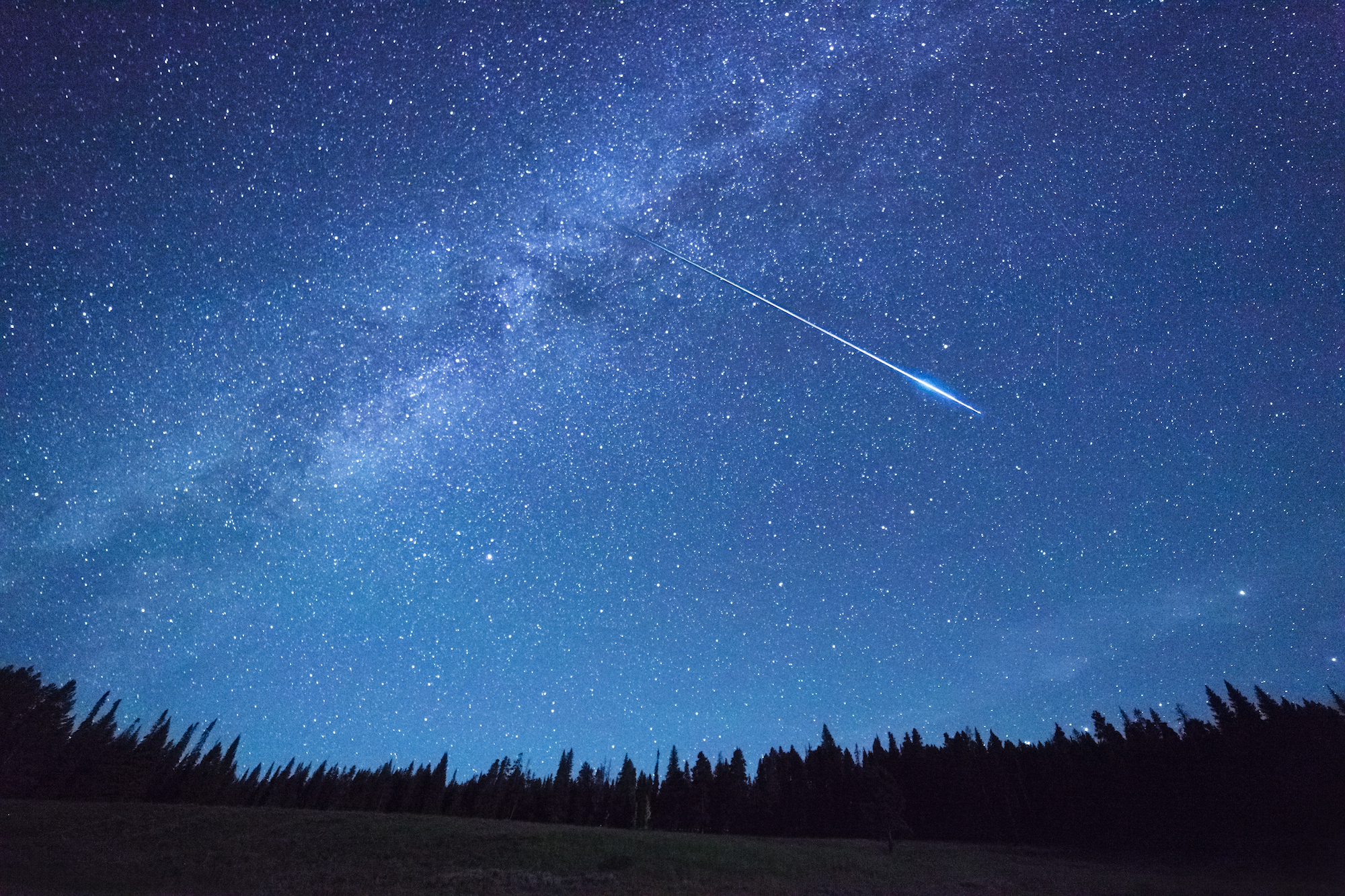 Digging into the government report on UFOs

Tucked in the $2.3 trillion COVID-19 relief package that passed in December was a stipulation initially overlooked by many. As part of the Intelligence Authorization Act, the government was required to publicly release the findings of its investigations of unidentified aerial phenomena (UAP), commonly referred to as unidentified flying objects (UFOs).

Now that the report is out, folks are paying attention. With headlines like “The Pentagon won’t rule out aliens,” and “Are skies alive with UFOs?” the release has renewed interest in these unusual sightings.

For Kate Dorsch, the report was eagerly awaited, if unsurprising in how little new information it revealed. Dorsch, a historian of science, completed her dissertation on UFO-sighting investigations carried out during the Cold War and sees in this latest report a continuation of themes that hearken back to an earlier era.

In a conversation with Penn Today, Dorsch explains the motivation behind the new assessment, how certain witnesses of unexplained phenomena are seen as more trustworthy than others, and why she’s neither a cynic nor a true believer in UFOs.

The report uses the term unidentified aerial phenomena, or UAP, rather than unidentified flying objects, or UFOs. Why is there a distinction?

Much in the same way that we moved away from saying ‘flying saucers’ and started saying ‘UFOs,’ I think UAP acknowledges that not everything everyone sees is a material object. It could be a meteor or some newly discovered atmospheric phenomena. It’s a way of making room for non-technological or even nonmaterial explanations, and it’s a way of building credibility for those that are more scientifically inclined. It has the least amount of assumptions built into it.

Why did this report come out now, and what it was meant to accomplish?

This report, this very brief, 9-page summary, is the result of an addendum to the COVID relief bill from last year. I’m sure all kinds of stuff like this got sneaked into that. But this report in and of itself is not particularly novel. Some reporting has painted this as some sort of watershed moment and the government being transparent about its UAP investigations, and I don’t think that’s accurate.

The United States government—specifically various branches of the military—have put out similar reports to this. What’s striking to me is how little has changed from earlier in the 20th century to today. Historians tend to tell change-over-time stories, and it’s really turned into a not-change-over-time story, which is equally interesting.

This report basically says, We looked at all of these 144 reports of sightings that were made by military employees. There’s an intense focus on the reports of pilots. And they were able to identify only one case positively; it was a large, deflating balloon. The rest are unknown. And they say that the investigations are challenging because of the lack of good data and analysis resources and things like that. It’s very typical, essentially ‘we need more money and people.’

The first summary of this kind came out in 1948 and pointed to national security concerns and the safety and health of pilots. It’s all there in 1948, and it’s here in 2021. So again, what’s really striking to me is the consistency of this whole narrative.

What do you think is missing in this narrative and in the report itself?

What we haven’t seen yet are the deep-dive stuff, the case analysis reports. We don’t know who is conducting the investigation, if it’s all internal staff or if they had outside contractors. Back in the day, it was really typical to have scientists from various universities subcontracted. Especially in the Cold War, having professional scientists in the military was common.

I’m interested in that, and also where the sightings were happening, who was making them, and under what conditions. There are obviously confidentiality issues, and I don’t think we should read into these omissions as being particularly controversial.

As far as what’s missing in the narrative, I think that we’re not capitalizing on an opportunity to think about and talk about what national security looks like in the 21st century. To ask really interesting questions about our institutions and who we trust and why. And I think that’s especially important in the post-Trump era, to rebuild public trust in some of these institutions.

What are some of those issues around national security you think are most revealing?

Back in the day, there were UFO sightings in Germany and Sweden, and everyone just assumed they were Russian or American aircraft, because the Russians and Americans had the most advanced technology. So when you see a technology you can’t explain, it was assumed to belong to a global superpower on the cutting edge of technoscience. So when these are seen in the U.S., and you’re considered the dominant terrestrial force, then clearly the only possible explanation is that these are extraterrestrial.

This report covers sightings by Navy pilots, who would seem to have some credibility over other reports made by civilians. How does the status of witnesses influence how UFO sightings are perceived?

This is interesting because we’re supposed to support our service people and military, but then we’re inclined to think, ‘Oh, they’re all lying about these sightings.’ That’s an interesting dissonance that I think deserves more attention.

But as far as the United States military is concerned, their main focus has always been on what their pilots and other personnel—sailors, radar technicians, or the people on their bases—have been seeing. Again, this points to this national security piece.

But at the start of the Cold War, for example, there was also a desire to have the American public be aware of threats. And there were civil defense programs in the Air Force, educational program that were teaching people about reporting unusual sightings.

But over time, by the 1950s, this taboo develops around reporting UFOs, and pilots and others actually stopped making those reports. And that’s a problem, because the pilots may have seen something. There’s that stigma that they’re fighting against. And I think that is still the case today.

Do you perceive some of these sightings as more trustworthy than others?

I’m not a debunker, but I’m also not a true believer. I try to be as objective as I can be, but I do believe that some people have seen things. I believe there’s a difference between a bartender at a dive bar seeing something one night out with his buddies, and a pilot in flight, and I think it is reasonable to suggest, for the sake of the pilot, that we put some resources into investigating that pilot’s sighting.

Do you think the post-9-11 ‘see something, say something’ mantra has diminished the stigma around reporting unusual phenomena?

Right, like how you’ll get on a train and those signs are everywhere. Actually ‘see something, say something’ isn’t really a post-9-11 thing. It’s the same philosophy that was built into the civil defense programs of the 1940s. With those programs, the U.S. Air Force taught people about the science of optics and night sky observing training, telling them about human perception and how our ability to judge speed, distance, color, all this stuff, diminishes after a startlingly short distance in space. The Air Force was setting out to educate people, to make them better observers, so they wouldn’t report everything they saw and could judge for themselves when something is of serious concern.

But by the late ’50s, early ’60s, there were thousands and thousands of these reports a year; I think in one big year there were 10,000 reports. And these were cataloged and investigated, yet most of them were coming from private citizens and may have actually been a sighting of, like, Jupiter. What a tremendous waste of resources.

It’s hard to know whether reporting has increased more recently because there is not a central repository for these reports and the military isn’t encouraging people to make these reports anymore.

What’s next for your own studies of UFOs?

One fun side project involves the correspondence from public citizens, writing to the Air Force or to scientists who are involved in UFO investigations. I’ve got boxes of this stuff—people are sending in bags of soil to be analyzed. They’re sending in the aluminum foil they’re claiming is the detritus of the alien ship.

But one of the things that caught my eye is that all of these letters are at once balancing these two really interesting things: One is an intense focus on science, physics astrophysics, cosmology, mathematics, and engineering. On the other hand there’s an intense mysticism, and sort of a religious fanaticism about what the mission of the aliens is. I’ve got in one case a 50-page manifesto about some new way of understanding the universe that both tracks with atomic physics, but also says there’s a god energy at the center of the universe and we’re all transcendent beings that are telepathically connected with these aliens. So I’ve got all this stuff in the archive, and I’m particularly interested in the 1960s. People espousing a UFO religion in the 1960s seem to be trying to find god in the machine.

On a personal level, you’ve been interviewed a lot about UFOs lately. What is it like having your expertise be tapped in the mainstream media?

I love it, and not in a self-aggrandizing sense but because I’m obsessed with this stuff. It’s fun to help people think about these basic questions like, Why don’t you trust the Air Force? They help keep us safe, and we trust them to do 17,000 other things, but when it comes to UFO sightings, this is the one space they’re not credible? Or questions like, Why do you think that what you saw wasn’t an airplane? I don’t necessarily care what you actually saw, but I’m interested in the why.

People are often like, Oh those UFO people, they’re so crazy, but they’re not crazy. They’re actually really interesting and an incredible community of people who take themselves very seriously but are also very generous in sharing these cool experiences they’ve had.

Kate Dorsch is a science, technology, and society postdoctoral lecturer in the University of Pennsylvania School of Arts & Sciences’ Department of History and Sociology of Science.