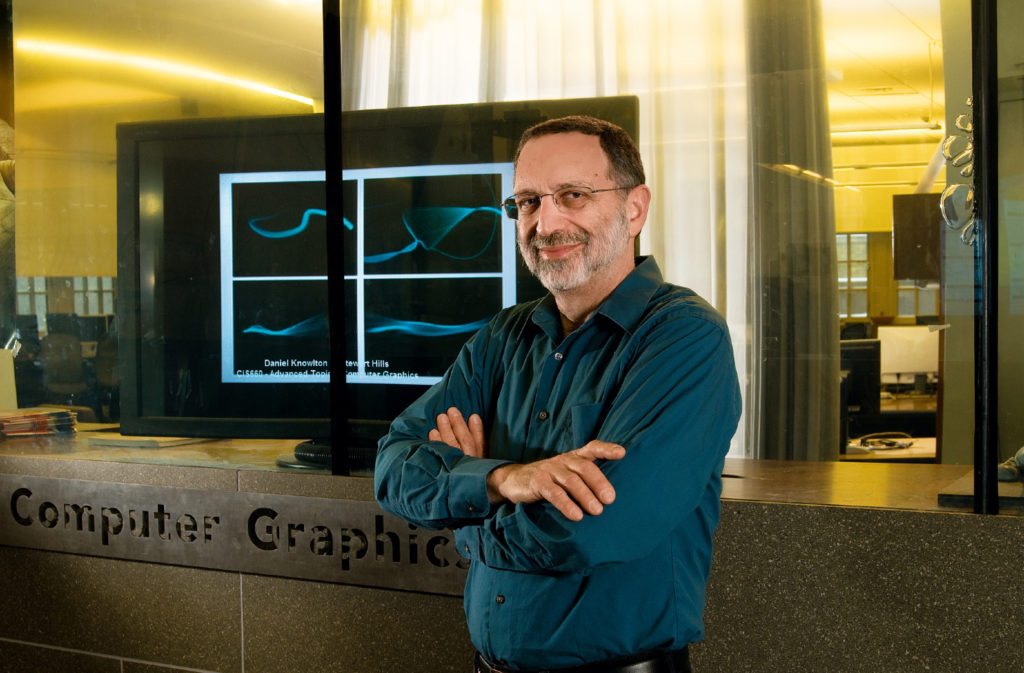 The pioneering career of Norman Badler

Norman Badler’s election into the 2021 ACM SIGGRAPH Academy Class is right on time. After nearly five decades of teaching and trailblazing in the Penn community, the Rachleff Family Professor in the Department of Computer and Information Sciences retired at the end of the spring semester.

When he arrived at the University in 1974, CIS itself was only about 2 years old, and there was virtually no computer graphics focus or program at all. Badler had no intention to teach it.

“At that time, I was actually a computer vision researcher, but I was also working a little bit in natural language,” says Badler. “So I was literally brought in to fit between the chair, Aravind Joshi, who was a natural language person, and the computer vision person. It wasn’t until about three or four years after I came here that I switched over to computer graphics. Mostly because there was a vacuum and a need and an excitement.”

Several years after completing his dissertation in computer vision and forming a career path to head in that direction, Badler “started getting serious about computer graphics.” An organization that was getting its start around the same time as his Penn career would play a major role: ACM SIGGRAPH (the Association for Computing Machinery’s Special Interest Group on Computer Graphics and Interactive Techniques).

In 1996, “I started interacting with a colleague of mine in Anthropology named Clark Erickson,” says Badler. “We started talking and we thought it would be fun to teach a class that was based on the principles and ideals and problems of anthropology, but that taught students how modern computer graphics and visualization tools worked, and actually make them use those tools.”

“Neither of us knew what we were doing because we had never co-taught a course with a field anthropologist who was also a museum curator, and here I am, a technologist.”

Since around the mid-2000s, Ericson and Badler taught the course, Visualizing the Past/Peopling the Past (CIS 106/ANTH 258), every year.

“It’s just been a terrific experience. It’s been loads of fun, and we are so proud of what our students do,” says Badler. “They can write essays about cultural and gender biases in ancient societies, while at the same time they’re building 3D models of artifacts that are housed in the University Museum. This led to the formation of the ViDi Center.”

“The ViDi Center” became a more popular term of endearment derived from the more technical title of Center for Digital Visualization. Badler has served as founding director since its inception.

“In order to make a cute title, I actually reversed the ‘Visualization’ and the ‘Digital’, so it became ‘ViDi,’” says Badler. “‘Vidi’ is Latin for ‘I saw.’ So there’s a Latin pun in there.”

Rooted in the collaboration between Anthropology’s Clark Erickson, the notable work Badler had done with his wife Virginia in archaeology, and other projects within the humanities, the ViDi Center developed into a cross-disciplinary staple at Penn.

This story is by Ebonee Johnson. Read more at Penn CIS.