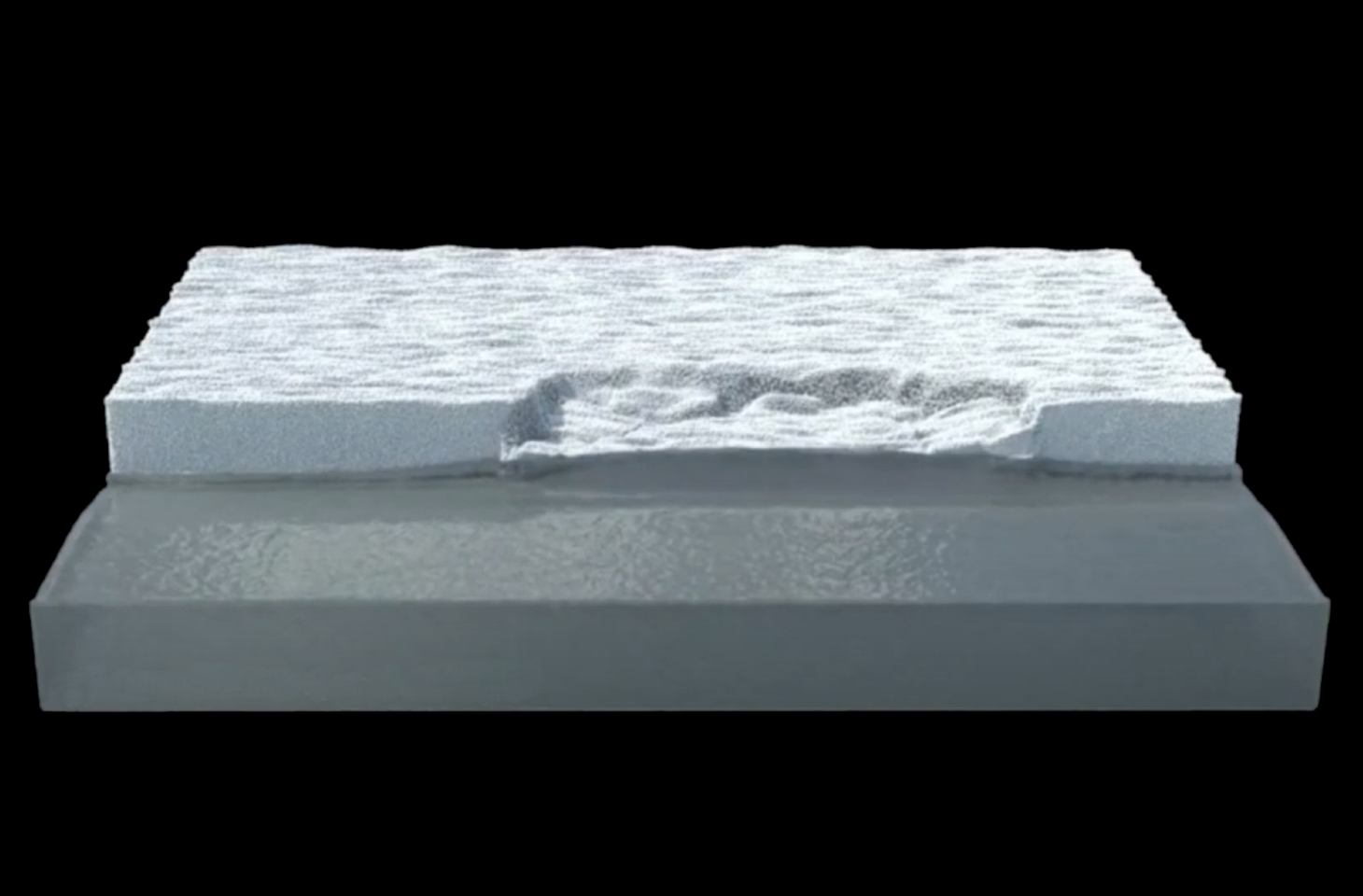 As natural disasters intensify due to climate change, accurate predictions of weather patterns and mechanisms are greatly needed to mitigate damage. Coastal regions will be the most affected by changing weather, with events such as tsunamis and hurricanes becoming more frequent and life-threatening.

While most tsunamis are caused by earthquakes and tectonic activity, the warming of the planet is now increasing the occurrence of tsunamis caused by glacier calving, when chunks of glacier break off and become icebergs. Additionally, glacier calving is predicted to be the main contributor to sea level rise in the near future.

Now, researchers at the School of Engineering and Applied Science have created a computer model that can accurately simulate those dynamics. In a new study, published in the recently established journal Nature Communications Earth & Environment, Penn engineers describe a new simulation that models three key aspects: the ice fracture mechanics within the glacier, the fluid dynamics of the surrounding ocean water, and the interaction between the two.

The researchers employed a technique known as the material point method (MPM) which is used for a simulating the interactions between matter of different phases. Their study shows that this technique is capable of accurately describing glacial calving and resulting tsunami waves.

By demonstrating their model’s predictive capabilities, the researchers are refining the empirical calving laws used in large-scale earth-system models, as well as improving hazard assessments and mitigation measures in coastal regions, which are essential in the context of climate change.

The study was led by Joshuah Wolper, then a graduate student in Penn Engineering’s Department of Computer and Information Sciences (CIS) and current postdoctoral fellow in Mechanical Engineering and Applied Mechanics (MEAM), Chenfanfu Jiang, then assistant professor in CIS, now an assistant professor in the Department of Mathematics at UCLA, and Professor Johan Gaume, head of SLAB, the EPFL Snow and Avalanche Simulation Laboratory in Switzerland.

This story is by Melissa Pappas. Read more at Penn Engineering Today.