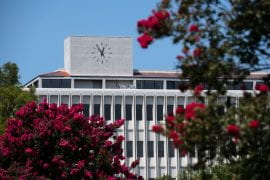 Research.com’s first ranking of the top 1,000 female scientists in the world includes five UCI faculty members. They are:

According to Research.com, the aim of this ranking is to inspire female scholars, women considering academic careers and decision-makers worldwide with examples of successful women in the scientific community. The rankings were created with the aim that they will help provide more opportunities, visibility and equal chances for women in science.

For the inaugural 2022 edition of what will be an annual ranking, more than 166,880 scientist profiles across 24 research disciplines on Google Scholar and Microsoft Academic Graph were examined, with several indicators and metrics reviewed in weighing each scientist’s inclusion.

Of the 1,000 female scientists rated, 623 come from the U.S. Harvard University has the most scholars listed: 40.