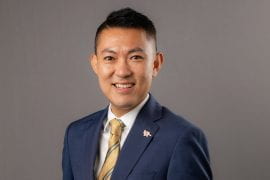 Irvine, Calif., Nov. 16, 2022 — A team of researchers led by the University of California, Irvine has discovered that adolescent and young adult cancer patients can experience cancer-related cognitive impairment before chemotherapy or radiation treatment, highlighting the importance of evaluating and managing toxicity at the time of diagnosis to help prevent further deterioration.

Cancer in those aged 15 to 39 is rare. Only about 70,000 cases are diagnosed annually in the U.S., so there is little information about cognitive toxicity in this population. However, as cure rates improve, it is increasingly essential to study the post-treatment health issues of this unique group of survivors, who are at critical educational and career development stages in life. Neurological complications before and during treatment can hinder their ability to return to school and/or work or to resume their pre-diagnosis daily routines.

The study, recently published online in the journal Cancer Medicine, found that three times more adolescent and young adult cancer patients performed poorly on at least two cognitive tests than did the age-matched health control group prior to cancer treatment. They also had elevated baseline inflammatory biomarkers and lower levels of plasma brain-derived neurotrophic factor, which may indicate reduced neurogenesis and neuronal plasticity in the brain.

“Our results suggest that inflammation and other physiological changes caused by cancer before chemotherapy or radiation can predispose AYA cancer patients to cognitive declines,” said Alexandre Chan, corresponding author and UCI chair and professor of clinical pharmacy practice. “They often experience symptoms that can lead to functional impairment at great social, economic and emotional costs. Our findings inform clinicians that cognitive performance must be screened and managed at the time of diagnosis.”

“Improving our understanding of the prevalence of pre-treatment cognitive toxicity in AYA cancer patients will greatly enhance our efforts to identify and control it,” Chan said. “These are young patients, and we do not expect any underlying neurotoxicity prior to cancer treatment. Hence, it’s critical to study the underlying mechanisms and develop age-appropriate interventions that reduce inflammation and increase BDNF levels to help prevent further decline during treatment.”

The team also included Ding Quan Ng, a UCI graduate student in clinical pharmacy practice, as well as clinicians and researchers from Singapore, Australia and Canada.

This work was supported by a grant from Singapore’s National Medical Research Council (NMRC/CIRG/1471/2017).

About UCI’s Brilliant Future campaign: Publicly launched on Oct. 4, 2019, the Brilliant Future campaign aims to raise awareness and support for UCI. By engaging 75,000 alumni and garnering $2 billion in philanthropic investment, UCI seeks to reach new heights of excellence in student success, health and wellness, research and more. The School of Pharmacy & Pharmaceutical Sciences plays a vital role in the success of the campaign. Learn more by visiting https://brilliantfuture.uci.edu/school-of-pharmacy-and-pharmaceutical-sciences.