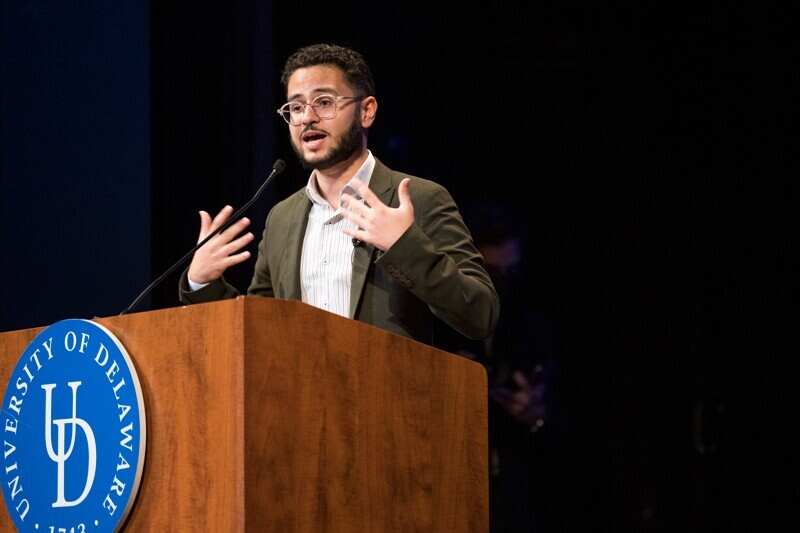 For too long, the global conversation around the refugee crisis has excluded the voices of the refugees themselves. Ahmed M. Badr, an Iraqi American author, poet and social entrepreneur, is working to change that.

In 2006, Badr’s home in Baghdad was bombed by militia troops. He and his family relocated to Syria, where they lived as refugees for over two years before receiving approval to move to the United States. When he was a teenager, he began to write about his family’s journey.

First-year students at the University of Delaware read Badr’s book, While the Earth Sleeps We Travel: Stories, Poetry, and Art from Young Refugees Around the World, prior to arriving on campus this fall. Badr discussed his book with UD community members on Thursday, Oct. 20, in Mitchell Hall.

“When I was in high school, I struggled to understand what it meant to be this Iraqi American Muslim refugee,” Badr said. “I wanted to understand what it was like to claim all of those different identities and claim them with pride, recognizing the difficulties, the tensions and the complexities that they contain. And I started to explore that through writing, through poetry.” 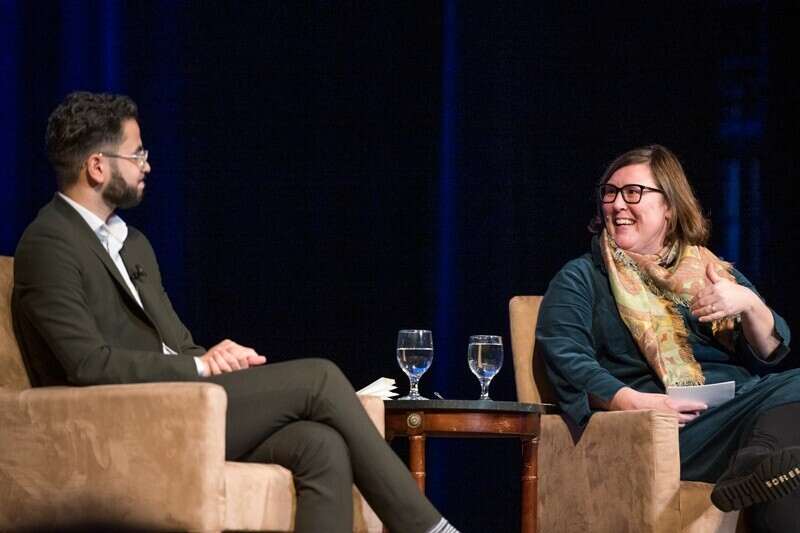 A UD tradition administered by the First Year Seminar Program, the Common Reader provides first-year undergraduates an opportunity to engage in meaningful conversation with fellow students and to begin to share in the intellectual life of the entire University community. In addition to the main speaker event, the Common Reader Program organizes exhibits and other cultural events around the theme of the book throughout the first semester.

“When we think about the contemporary climate crisis, and especially the massive displacements it is producing, our discussions are full of numbers. But numbers are not enough. We know the numbers, Ahmed reminds us. But we must know the stories,” Davis said. “Ahmed’s work, and the work of the Narratio Fellows, highlights how much we need to hear each other's stories.” 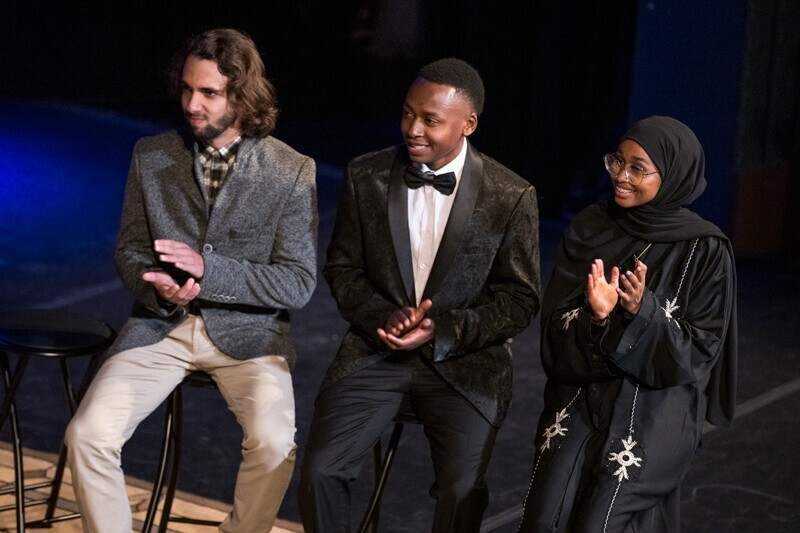 As a teen, Badr founded Narratio, an online platform that publishes the poetry, art and stories of young people across the world, with a focus on highlighting the voices of refugees and immigrants. In the summer of 2019, Narratio launched an annual storytelling Fellowship for resettled refugee youth in partnership with Syracuse University and the Metropolitan Museum of Art in New York.

Following the discussion with Badr, four Narratio Fellows shared their poetry with the audience and answered questions about the Fellowship and their lives as refugees.

“What really captivated me was the fact that he used so many different mediums to convey the message,” said Sophia DiFabio, a first-year human services major. “I'm more of a visual person, and art is really what takes a hold of me and helps me see things clearer. So being able to see pictures and paintings really just moved me in a way that writing can't always do.”

Annie Blimmel, a first-year environmental studies major, said the book and the discussion helped her to expand her mind.

“It made me reflect a lot on how sheltered I've been,” she said. “Even though I may not be a displaced person, I shouldn't shy away or turn away from people who are, and I should reach out and elevate their voices and give them a platform to speak. Reading the book opened me up to that even more. It was just amazing to hear from people and their stories, which, as they were talking about tonight, often are glossed over.”

Michaela Hodges-Fulton, a first-year neuroscience major, said the book was easy to connect with because it’s composed of stories of people who just happen to be refugees, and at the heart of it, they’re just human stories.

Eight students were awarded prizes in the 2022 Common Reader Essay Contest, in response to Badr's book. The winners are: 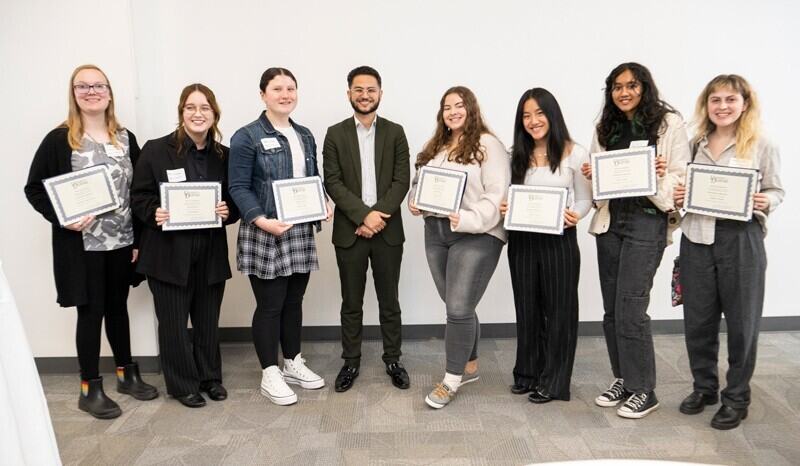