Robert “Bob” Rothman, a longtime member of the faculty and former chairperson of the Department of Sociology and Criminal Justice at the University of Delaware, died on April 20, 2022. He was 88. 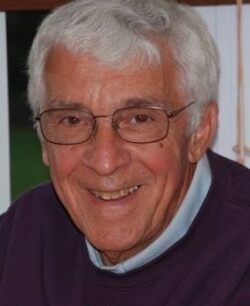 Dr. Rothman joined the UD faculty in 1967 as an assistant professor of sociology. He became an associate professor in 1971 and a full professor in 1982. He also held several administrative roles in the department over the years, including serving as associate chair and director of graduate studies. He chaired the department from 1994-99. When he retired in 2000, he was awarded emeritus status, and then continued serving as a supplemental faculty member until 2005.

Recalling his colleague, Dan Rich, professor emeritus in the Biden School, said, “Bob Rothman came to UD when it was a much smaller institution with a strong sense of community. He enhanced that sense of community by initiating faculty collaborations across the campus, particularly with colleagues in the social sciences. For three and a half decades, Bob strengthened programs in the Department of Sociology and Criminal Justice while supporting University-wide initiatives, including the Honors Program, legal studies and Africana studies. He was an outstanding scholar and teacher, but he was always humble about his accomplishments. Bob has left a positive imprint on the UD community, on the many colleagues he befriended and supported, and especially on the thousands of students he taught and mentored. In many ways, Bob Rothman exemplified a generation of dedicated faculty who set solid foundations for UD’s continuing growth and success.”

Margaret L. Andersen, Rosenberg Professor Emerita of Sociology, remembers Dr. Rothman as “a terrific and supportive colleague – one of those department members always willing to step up to service, in addition to the teaching and scholarship he did.” She added, “As I was coming along, he was a good sounding board for all kinds of questions: where to publish, whether to take on various new projects or how to develop a new idea. I can't count the times he was available just to chat about anything. Many of those talks included how much he loved his family and, of course, playing tennis. The University has long benefitted from his presence.”

During his tenure at UD, Dr. Rothman encouraged the development of the Honors Program and interdisciplinary graduate programs. The report of a committee he chaired early in his career recommended the establishment of the Black American Studies Program, which is now the Department of African Studies. In 1990-91, he directed UD’s Legal Studies Program. 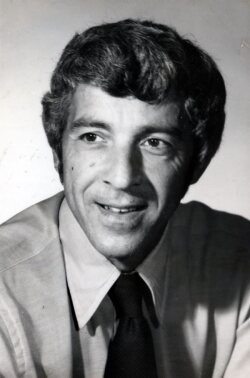 Dr. Rothman in an undated photo, courtesy of University of Delaware Archives

His teaching and research specializations included work, occupations and professions, social stratification and mobility, law and the legal profession, and the detective in popular culture, and he was the author of numerous articles and the books Inequality and Stratification: Class, Color and Gender and Working: Sociological Perspectives. He also led study abroad trips to London for a decade.

According to his family, he loved to spend time with his family, play tennis and bridge, travel abroad, attend his grandchildren’s events and read Dickens and mystery novels. He volunteered at the Newark Free Library and was a lifetime supporter of UD sports. He is remembered for his sense of humor, wise counsel, vast array of idioms, collection of Hawaiian shirts and love of family.