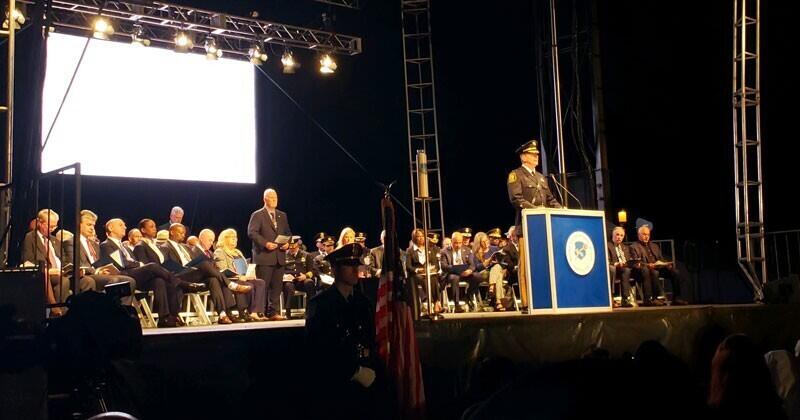 Patrick Ogden, police chief and associate vice president at the University of Delaware, was one of those honoring fallen officers in the roll call at the 34th annual Candlelight Vigil of the National Law Enforcement Officers Memorial Fund, held May 13, on the National Mall in Washington, D.C., as part of National Police Week.

The vigil included the reading the names of 619 police officers killed in the line of duty. Their names are also engraved on the walls of the National Law Enforcement Officers Memorial in Washington. 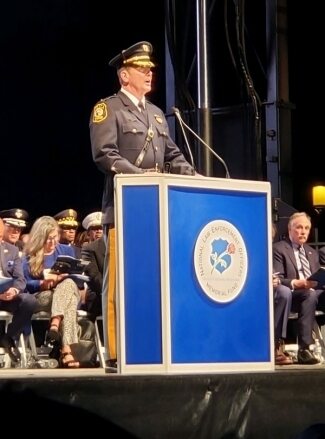 Ogden said participating in the Candlelight Vigil was "a truly humbling experience."

Ogden, who serves as president of the International Association of Campus Law Enforcement Administrators, read the names of nine officers from the state of Indiana who died in the line of duty. This year’s list also included five campus police officers from institutions in Arizona, Georgia, Louisiana, Pennsylvania and Texas.

“This was a tremendous honor and an incredible experience to pay homage to these brave officers who made the ultimate sacrifice in service to their communities and hopefully provide some level of comfort to their survivors,” Ogden said.

“I was filled with emotion as I looked out on the crowd of over 30,000 people, watched a sea of burning candles and listened to powerful musical tributes. During this snapshot in time, I began thinking about the families of the police officers we were there to honor, as they tragically bring the total to 23,229 police officers who have died in the line of duty throughout American history.”

As a young state trooper in 1991, Ogden attended the dedication of the National Law Enforcement Officers Memorial, an experience he said that has had profound impact on him throughout his career.

“This year’s Candlelight Vigil was a truly humbling experience and one that I will forever hold close to my heart,” he said. 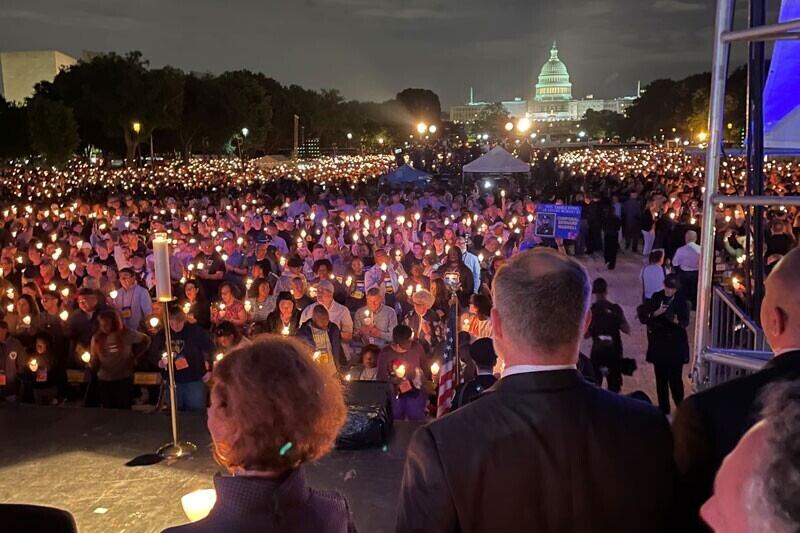 The Candlelight Vigil in Washington, D.C., was attended by a crowd of more than 30,000.